The 24 year-old-violinist, who has just started as a second violinist in the Concertgebouw, has won the Netherlands Violin Competition 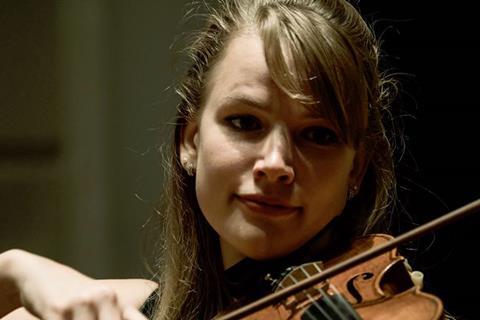 Coraline Groen has been awarded first prize of €12,000 – plus a number of important performance opportunities - in the Oskar Back (senior) category of the Netherlands Violin Competition, winning both the jury and audience prize. The 24-year-old Dutch violinist has also just taken up a position in the second violin section of the Concertgebouw.

Groen, who has been playing the violin since the age of three, graduated from the Royal Conservatoire in The Hague, where she studied with Peter Brunt and Philippe Graffin. At the Royal Academy of Music in London she studied with Rodney Friend, and completed her studies with Vera Beths with the highest possible marks. She has been a member of the academy of the Residentie Orchestra The Hague, and her earlier distinctions include the first prizes of the Britten Violin Competition and of the regional finals of the Princess Christina Competition.

Second prize of €6,000 was awarded to 19-year-old Charlotte Spruit, from the Netherlands. Third prize of € 4,000 went to the 20-year-old Dutch violinist Leon Blekh.