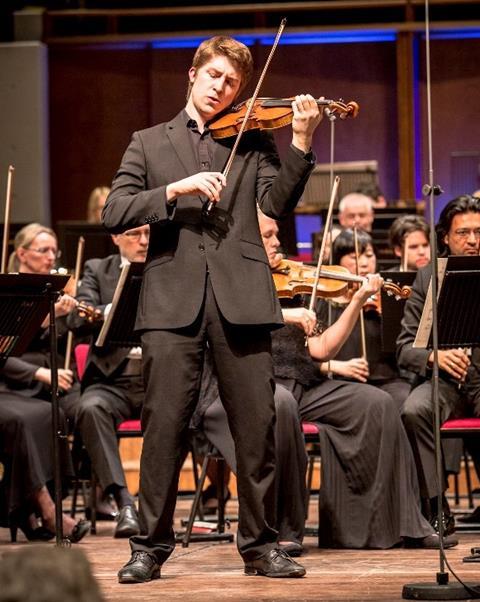 Michael Foyle has won first prize at The Netherlands Violin Competition 2016 in the Oskar Back category for players between the ages of 17 and 26.

The 24-year-old Scottish-born violinist, who performed Szymanowski’s First Concerto with Rotterdam Philharmonic Orchestra in the final, is currently studying with Pavel Vernikov at the Vienna Konservatorium, having graduated from London’s Royal Academy of Music in 2015. He receives a top prize of €12,000, a solo performance with the Rotterdam Philharmonic Orchestra in October 2016 and various recital opportunities.

Second prize was shared between Elise Besemer and Pieter van Loenen, the latter of whom also won the Audience Award.

Held in Utrecht, The Netherlands Violin Competition is open in three different age categories to young musicians who are studying at a conservatory in The Netherlands or who have Dutch nationality.