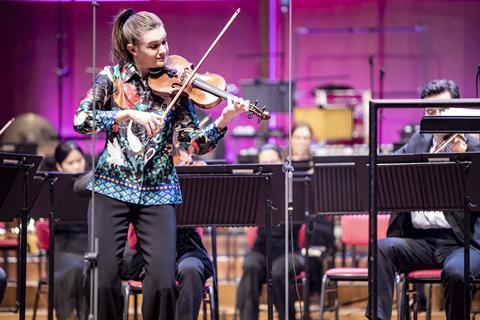 The final rounds of the Netherlands Violins Competition were held in Utrecht on 29 January. Due to Covid restrictions, performances were broadcast via livestream instead of the originally planned live audiences.

The finalists were accompanied by the Residentie Orchestra, conducted by Bas Wiegers.

Previous winners of the Oskar Back prize include second violinist of the Concertgebouw Orchestra, Coraline Groen in 2020, and Michael Foyle in 2016.

The finalists were accompanied by the Netherlands Youth String Orchestra conducted by Carel den Hertog.

Read: Ryanair: Buy a ticket for your viola or you don’t fly