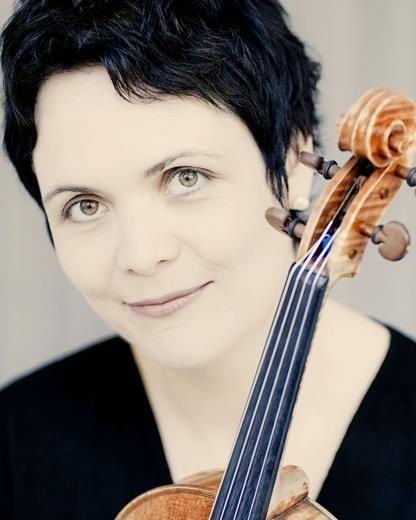 I don't make life easy for my students. I refuse to tell them to do this or that. Even if it would accelerate things if I gave them tried and true fingerings, in the long run it's much better if they learn to choose for themselves from the many possible solutions to any given technical or interpretative problem. There is no one technique: we should rather strive to find the adequate tools for realising every piece of music.

Isolating technique from the music has a restrictive effect resulting in cold perfection but from the moment we have a piece of music we want to put across, the range of bow strokes and vibrato becomes much wider. I believe there is an instinct, and a logical one at that, which tells us how to select our technical tools according to the music on hand. I encourage my students to learn to listen to this instinct.

On violin vs. viola technique

There are subtle but decisive differences between technique on the violin and the viola. On the viola the hand should in any given position be centred around the second finger, otherwise the fourth finger will have a long way to go.

It's better to stretch back the first finger. I also make a point of balancing the instrument between three points: left thumb, shoulder and breast bone. I found out at some point that I was too dependent on my shoulder rest, and my technique was limited because of that.

A period of playing without a shoulder rest made me aware of the necessity of shifting the balance between these three points, and I ask my students to develop this technique, even if they are not going to use it exclusively.

On making a career

I'm worried by the discrepancy between what I do with my students and what they will be doing later in their professional lives. On one side, I refuse to adapt my convictions to a reality with which I do not agree, but on the other, it's hard to think that I am training people to the highest standard without being able to tell them what will become of them after their exam.

The landscape has changed so much in the last few years, with orchestras being closed down and jobs dwindling at every level. But then again, surely a musician's raison d'être is not to get into an orchestra as soon as possible and wait for the pension? I know it's hard to reconcile idealism and life, but I keep trying!

Every player reacts differently to competitions: while one will play even better under stress, the next one will crumble to pieces. Students should learn to know themselves and what is good for them, and not try to force things. It is also vital to try to make competitions as player-friendly as possible, so that even those who don't win profit from it.

Anyway, I believe that the outcome of a competition depends more on the jury's set-up than on the competitors' playing: if certain teachers are sitting on the jury it's obvious that only a certain kind of player need apply. On the other hand, no one should consciously play in a certain way because that's what they think the judges want to hear; they should rather think, 'That's me, and either you like it or you don't!'

There is no one right way of doing something, and you will have all the time for criticism later. Orchestra auditions put the player in an even worse situation. You are required to do something that has nothing to do with music and that you'll never do again in your life, because you just can't play the orchestral excerpts on your own the way you would in the section: at the audition you have to play them like a solo concerto!

Read: Despite its growing reputation, we must still do more to promote the viola