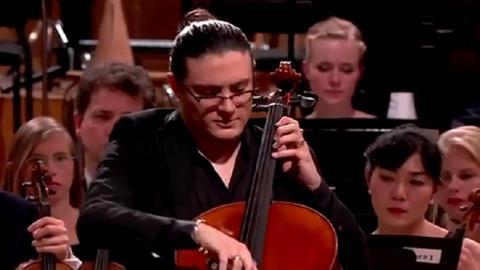 Colombian cellist Santiago Cañón-Valencia performs Shostakovich’s First Cello Concerto with the Brussels Philharmonic conducted by Stéphane Denève in the final of the 2017 Queen Elisabeth Cello Competition – where he won third prize of €17,000 and concert opportunities.