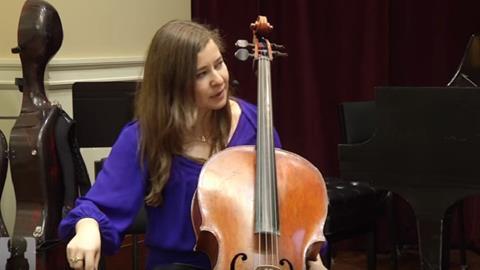 The cello is a big, unwieldy instrument and it is easy to let it control you, if you are not careful...'

Cellist Alisa Weilerstein speaks with Paul Katz at Boston’s New England Conservatory of Music about using body motion to optimal effect when playing. The interview was filmed for Cello Bello.

Watch: cellist Alisa Weilerstein on taking a piece from the practice room to the stage