A timely re-release for a sinuous performance of Polish repertoire 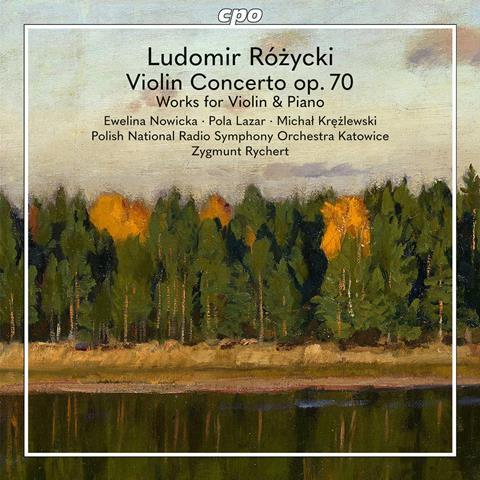 Description: A timely re-release for a sinuous performance of Polish repertoire

Ewelina Nowicka was barely out of her teens when she made this, the first recording of Ludomir Różycki’s unfinished Violin Concerto. First issued on an obscure French label it sank with hardly a ripple; CPO has done everyone a favour by restoring it to circulation. Interest in both the composer and the concerto was recently revived by Janusz Wawrowski’s Warner Classics recording (reviewed in June 2021), but the new orchestration is a gaudy affair compared to the previous version by Zygmunt Rychert, who conducts it here with palpable affection for both the dappled, Szymanowskian orchestral textures as well as the more traditionally Romantic sweep of Różycki’s melodies.

A boxy recording for the complementary violin-and-piano items does neither them nor Nowicka’s tone any favours, but a tweak of the volume helps to bring out the shy, almost Elgarian qualities of the two nocturnes. Where the album has the field to itself is in the violinist’s own delightful transcription of music from Różycki’s 1921 ballet Pan Twardowski, based on the adventures of a legendary Polish sorcerer. Falling in style on the spectrum between Glazunov’s Seasons and Ravel’s Daphnis, the entire score is worth reviving, as anyone listening to Nowicka’s strong and sinuously drawn account of the opening ‘Polonaise tragique’ may agree.