Catherine Hewgill: From Darkness to Light 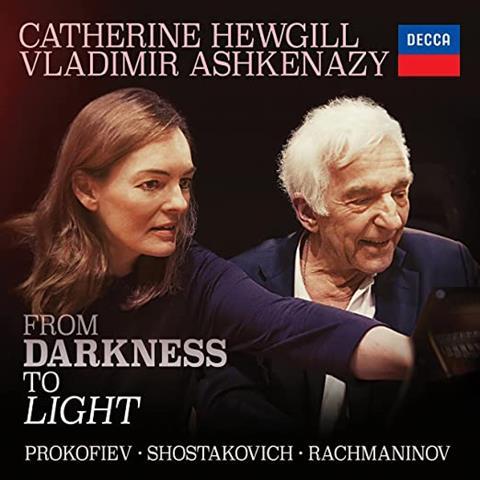 Catherine Hewgill: From Darkness to Light

Vladimir Ashkenazy’s name can’t help but leap off the cover, but this all-Russian programme feels in every way an equal musical partnership. There are some nice connections too – Ashkenazy met Shostakovich when playing his Trio, and Hewgill studied with Rostropovich, who premiered Prokofiev’s Sonata in 1950. The link between the two performers is the Sydney Symphony Orchestra, where Ashkenazy was chief conductor and Hewgill principal cello. They finally got together for two days in October 2016 to make this disc, initially released by Decca Australia.

These are strong performances from Hewgill. The eloquent C string of her 1729 Carlo Tononi cello brings to life the lower ranges of the Prokofiev, and her exceptionally full tone and rich vibrato are well suited to his lyrical mode. Both instruments feel about to burst in the huge, scalic ending to the sonata. The searching solo cello opening of Shostakovich’s Sonata is moving and convincing in Hewgill’s hands, and speaks with immediacy in the warm recorded ambience. We are thrown straight into the manic Allegro, brilliant and exciting with the piano’s percussive octaves crystal-clear, and Hewgill’s playing athletic and committed. Her well-focused sound and full vibrato work well both in the long, arching phrases of the Largo and in Rachmaninoff’s Vocalise, a particularly beautiful final track.