Book review: Uncommon Measure: A Journey Through Music, Performance, and the Science of Time 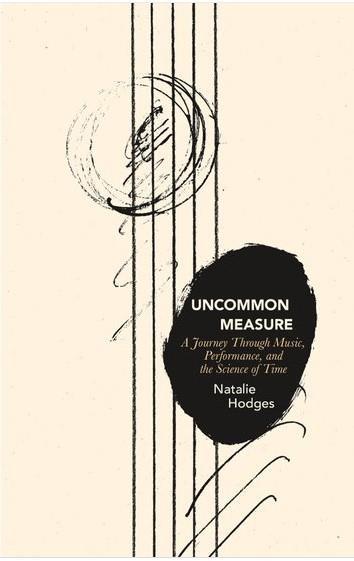 Uncommon Measure: A Journey Through Music, Performance, and the Science of Time

This is one those rare books that inspires one to go back time and again to re-read a sentence simply because of the elegance and penetrating insight with which it is written. We are only a couple of paragraphs in when Natalie Hodges reflects: ‘Our subconscious minds are constantly at work rewriting time in the margins of our memories, coaxing narrative out of chronology, temporal order out of time’s chaos.’

This is hardly the sort of thing one expects to find in a young violinist’s reflections on her recent musical past, yet since she withdrew from concert life due to the onset of performance anxiety, Hodges has tried to make sense of her experiences through the twin portals of neuroscience and quantum physics. Rather than merely dwelling on the purely emotional aspect of dealing with crushingly high personal expectations, she steps outside the box and looks at how music informs our experience of time, and whether we as musicians are living in time, or whether time lives in us.

Hodges then homes in perceptively on exactly how her (and by extension our) anxiety manifests. It would start typically by fixating obsessively on a particular passage that never seemed to go exactly as she wanted, so much so that the actual performance would become temporally distorted. In addition to the temporal dichotomy performers are familiar with – the coexistence of ‘real’ time ‘out there’ and the music’s internal temporal flow – she would experience a sense of accelerating uncontrollably towards the ‘doomed place’, and then at the point of arrival would feel as if time had stopped, ‘as though the waves of sound, flowing along in their currents, had suddenly crashed against a mighty dam that they couldn’t overcome’.

Along the way, Hodges throws fresh light on even the most common of musical terms, such as rondo form, which she eloquently describes as having ‘the mesmerising effect of moving you linearly and circularly though time, at the same time.’ Almost as passing asides, she poetically encapsulates the function of music as ‘bending time’s suppleness into sonic shape’, and of musical memory as ‘lending form and shape to experience in biographical time’. And I guarantee that Bach’s D minor Chaconne will never feel quite the same after reading Hodges’ penetrating overview of its temporal psychology. Unputdownable.