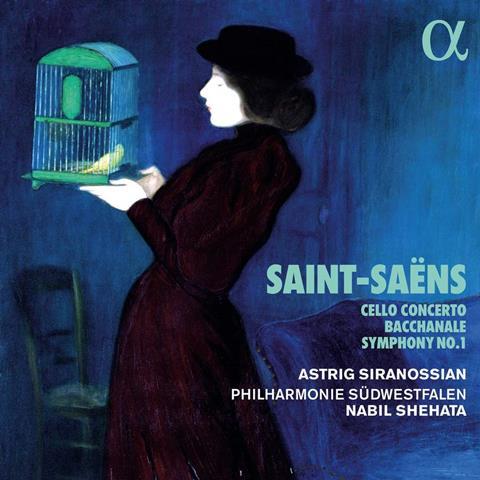 Description: Affection for the music shines through in a tribute for composer’s centenary

The Saint-Saëns centenary has thrown up a few surprises and here is another that turns received notions of musical rhetoric on their head. The general tendency in the First Concerto’s opening section is to go for high drama, and no one captures the attendant sense of hurtling forward momentum quite as compellingly as Jacqueline du Pré (EMI/Warner).

Yet, as Astrig Siranossian demonstrates, playing a golden-toned 1676 Rugeri, there is also a strong chamber-scale sense of introspection (especially in the central minuet), which if nurtured sensitively can subtly alter our musical perspectives. Siranossian can occasionally over-cushion Saint-Saëns’s more demonstrative outbursts, but heard in context her gently affectionate approach is deeply satisfying. Siranossian’s opulent sound is well caught by the microphones, although a tighter orchestral image would have helped bring out the score’s Mendelssohnian deftness.

Rather than feature another cello concerto, Nabil Shehata directs affectionate performances of Saint-Saëns’s First Symphony and the Samson et Dalila Bacchanale, which may ultimately lack the dramatic grip and focus of Martinon (EMI/Warner) and Barenboim (DG) respectively, yet are well matched musically with the concerto.