6
How I interpret Bach: Tomás Cotik on Overdotting and Rhythmic Assimilation
Playing Hub

How I interpret Bach: Tomás Cotik on Overdotting and Rhythmic Assimilation

Scholars and performers have formed a vast array of opinions regarding the treatment of dotted rhythms in Bach’s music. The chief question lies in whether the dotted rhythms in this style of music should be performed as notated or if the dotted note should be extended and the following one shortened. A recent study on the topic provides evidence that J.S. Bach knew of the latter practice and even added overdotting when he rewrote his keyboard overture (BWV 831). 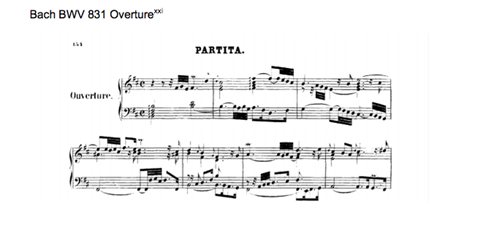 Dotted rhythms that occur at cadences (often written with trills) suggest that the player employ a degree of improvisatory rhythmic freedom. Rellstab, Couperin, Beyschlag, and Quantz mention that in many cases, in order to sharpen the rhythm, the dotted note is not lengthened, but a pause is interpolated instead. 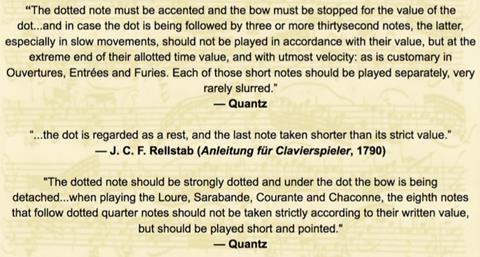 Quantz, as well as C. Ph. E. Bach, has made the point that the turn following a trill should be executed at the same speed as the trill itself. This would mean that the dotted quarter note should be overdotted in this case.

Rhythmic assimilation refers to the coordination of a dotted rhythm with a triplet rhythm. According to Bach’s pupil, Agricola, Bach did not deem this rhythmic alteration appropriate, except in rapid passages.

Bach is known for juxtaposing binary and ternary rhythms. Retaining the distinctiveness of each rhythm is important, especially when these rhythms are used at the start of different lines/voices.