How to avoid 'autopilot' practice from The Strad Archive 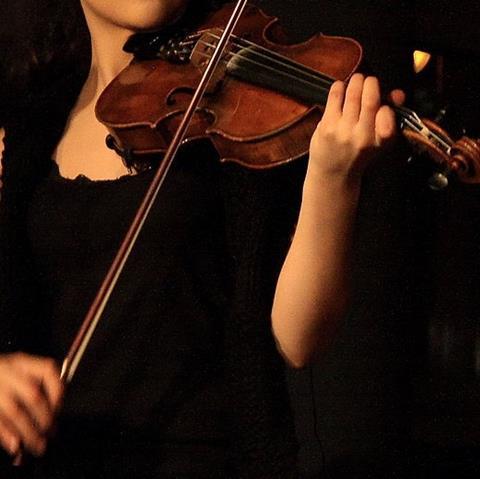 One thing I absorbed very early on in my years of study with Rostropovich was that the ‘autopilot’ must never be allowed to take over, either in practising or performing. Routine is the killer, so I urge my students to choose a variety of locations for their practising. In my own practice I vary my approach, sometimes beginning with scales, sometimes with slow practice on a piece, sometimes with studies.

Begin each practice time by ‘jamming around’; introduce yourself to a new piece by jamming with some notes and material from the work. The excessive striving for perfection is a mental pitfall leading to the exclusion of the exploration and experience of a passage. Practice becomes strained because it is primarily directed by a preconceived idea and is exclusively goal- or result-oriented. By playing around with the material, the body provides at each moment the most suitable step or the most appropriate movement according to a player’s level of skill. The goal here has a directing function but does not dominate the whole working process.

Improvisation and ornamentation go hand in hand. In Baroque music it’s vital to know the harmony and bass line, and to be able to improvise within a set progression of chords – a little bit like a jazz musician. Sometimes during my warm up I choose a popular ground bass from the time, for instance the one used by Biber in his Passacaglia, or a Chaconne. I’ll play the bass line, then continue the line in my head while improvising on top. It frees you up – it takes you away from the music and lets your mind and fingers wander. It can give you new ideas and it’s very liberating.

Improvise and/or compose a piece in the key. Don’t underestimate the importance of such work. Over a period of time your students will learn to produce interesting and effective pieces, which will really help their musical development. Improvisation, along with aural and memory work, accesses the all-important right side of the brain (notation and technique live in the left side). All-round musical development must allow each half of the brain equal activity. Maybe you can have a concert of pupils’ scale pieces from time to time.

My teacher, Gregor Piatigorsky, used to call the cello a ‘one-note instrument’: we usually play just one note at a time. So in my playing I aim for a vocal quality. I begin by singing a phrase and studying what I hear myself do. With practice it is possible to observe nuances such as the relative intensities of one note to another, articulation, intonation, tone colour and vibrato. Singing works particularly well because each person’s voice is unique and that is what we look for in an artist. As a practice tool I have built a personal repertoire of syllables that conform to varying bow strokes. For instance, I would never use the same syllables to sing the opening of the Brahms E minor Sonata as for the opening of the Dvorák Concerto. Some notes will be hard consonants (ta, pa), some will be softer (ba or da) while other are vowels. Then I work to capture these characterisations with the bow.

Learning what a piece has to say means identifying its character and understanding its phrasing. To begin with, my students and I accomplish this by singing the piece, comparing recordings of it (with or without the score), analysing its harmony, or dancing to it. I then ask them to use a feeling word - 'melancholy', for example - to describe the character of each section of the piece. Although creating a story for a piece can be fun, it generally focuses on action, and not character; I don't mind if they create a story, but they must also be able to tell me what the character of the music is. This perception can, and often will, change as they get to know the piece better.

Rather than writing down do this and that, I much prefer my pupils to use their practice notebooks to record what they did in their practice, what was fun to create and indeed what they created (notated conventionally or graphically). This forms the path into the next lesson. When pupils being to realise that you are interested in what they did and are more than delighted to take something they created as the starting point for your next lesson, the energy begins to flow. The continuous process of lesson-practice-lesson-practice begins to work.