12
10 tips for improvising on a stringed instrument

10 tips for improvising on a stringed instrument 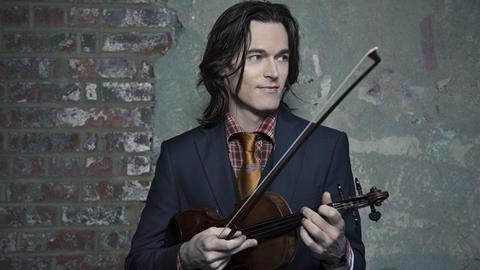 I have an indelible memory of my dad bringing home the 'Stéphane Grappelli/David Grisman Live' LP and playing it on our basement hi-fi. As we listened in amazement to each of Grappelli’s solos, my idea of what was possible as an improvising violinist was changed forever.

Grappelli remains the most common ‘gateway drug’ for classically-trained violinists to explore jazz, but once you go down the rabbit hole you are reminded of the rich history of stringed instrument improvisors stretching back through history. From Corelli to Paganini, Biber to Bach, and Ysaÿe to Milstein, string players intrinsically identified as both composers and interpreters until the early 20th century.

Some classical musicians might wonder, ‘Why is this relevant to me? Will this spoil my technique? How will this help me to advance as a player?’ In my experience, and through observing other stringed instrument improvisors, I see the study of improvisation as a pathway to erasing the boundaries between you and your instrument, and to enriching your overall relationship with music.

Here are some tips for getting into improvisation and for beginning the process of developing your own musical voice.

1. Get off the page and create variations

It can be difficult for even the greatest classically trained players to give themselves permission to create sound that hasn’t been validated by the printed page. Try starting the process by playing a simple melody from memory and then creating some variations. This exercise could be as minimal as altering your phrasing, changing your bowings, adding a turn or trill, or using a hemiola over a duple rhythm.

2. Play your scales with a drone

This is a helpful thing to do for your intonation in general but it also acts nicely as a springboard for improvisation. Record yourself playing a drone note either with your computer or a loop pedal. If you have neither of those then you can also simply use a keyboard with a sustain pedal. No keyboard either? Use an adjacent open string. Play your scales against the drone and then try variations and patterns within the scale. Next, try playing the same scale from and to different scale degrees. Feeling adventurous? Try playing a completely different scale over the same tonic.

Instead of always slurring in groups of twos and fours from the first beat of the bar try slurring on an ‘off beat.’ For example, in 4/4 time slur from the second to third beat and fourth to first beat, etc. Notice how the rhythmic pulse changes to a ‘back beat’ feel. Again, play a familiar melody with this slurring. It will give it a completely different feel and can help to free your bow arm.

4. Mix up your bowing

Take a phrase and reverse the bowing that you would normally use. Replace ups with downs and vice versa. Play separate bows on melismatic phrases or try odd groupings of slurs in détaché passages. Remember, when you are truly improvising you won’t be thinking about bowings. You are preparing yourself for spontaneous interactions and the ability to react to the unexpected, much like learning a new language.

Exploring your own sound

Intention is everything. The actual notes you improvise are only half the equation. Experiment with your sound palette and don’t be afraid to challenge your own conceptions of how a string can be manipulated. You can create Jimi Hendrix-like overdrive from your strings without any effects. You can sound like a flute. You can even sound like a drum. This experimentation will show you the boundaries of your technique. Knowing where these boundaries are will actually make your technique more secure and distinct when you return to Bach or Mozart.

Vibrato is a defining element of your sound. Try imitating the vibrato of other instruments or vocalists. For example, woodwind and brass players often use ‘terminal vibrato’ at the very end of a note. Rock guitarists typically use a slow vibrato with a wide amplitude. Try different styles of vibrato in different contexts and see if you feel more or less connected to the music.

You might have been trained to play in perfect time but you don’t have to be a slave to the metronome. Try ‘laying back’ or ‘pushing’ ahead of the beat while you improvise. By plotting tensions and releases in your phrases you can tell as much of a story with time-feel as you can with harmony and melody.

Jazz-curious classical composers like Stravinsky and Gershwin often prodded their orchestras to swing by giving them dotted rhythms. This is, and has always been, a stilted approximation. Instead, visualise swing approximated as a triplet with the first note tied to the second note. Ultimately you will get closer to really swinging by altering your bowings, allowing yourself ‘to be swung’ by the pulse of the music, and by absorbing the feel into your body through intense listening and imitation.

A hallmark of great jazz improvisers is their ability to play fluidly through complex chord progressions and this can be one of the most intimidating areas for many string players. However, every string player has practised arpeggios and scales. Arpeggios are simply broken chords and you can practise them in the sequence of common chord progressions. For example, the ii-V-I progression is the most common cadence in popular American song. Try playing an A minor arpeggio (the ii chord), a D major arpeggio (the base of the V or dominant chord), and a G major arpeggio (the I chord, also known as the tonic). Can you hear a melody through that progression?

Once you get into the world of improvisation you’ll realise quickly why you need to practise in all 12 keys. This can be exhausting and time consuming as a string player because the possible fingerings for a phrase in each key becomes a matrix. A ‘hack’ for practising a phrase in all keys is to play the same phrase starting on each finger plus an open string. That will cover all of the possible finger combinations. This doesn’t supplant the importance of hearing the phrase in different keys and tessituras but it allows you to focus on the intervallic structure of the phrase, which is the Rosetta Stone of the master improvisor.

Zach Brock is a Grammy Award-winning violinist and composer known for his work with Snarky Puppy and Stanley Clarke. He has recently created an online course with MusicGurus called ‘Joining the Jam: Improvise & Groove on Strings’, which provides string players with a toolkit for improvisation.