Is repetition the most effective mode of practice? Debate from The Strad Archive 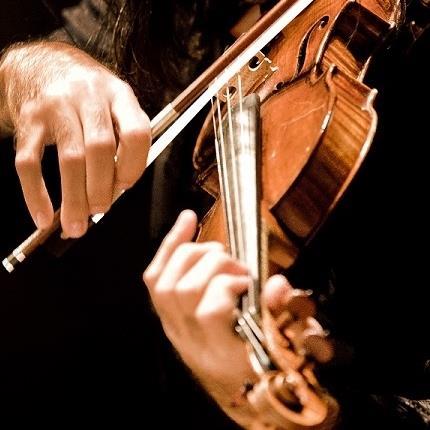 Constantly vary the way you practise. Be creative and experimental to avoid stagnating. Practise scales with two-, three-, four- and six-note rhythm patterns, detached and legato.

Finalise your bowings and fingerings in your pieces to avoid uncertainty. Practise loud passages pianissimo to save energy and increase awareness. Working backwards in blocks is a good way to embrace an entire work.

The most frequent complaint I hear about practising is that it is boring. This is not surprising given that the most common practice technique is repetition.

However, the very fact that this approach is boring is a sign that we are not optimising our potential for learning. If we are bored, our mind is not actively engaged.

Rather than spending long, uninterrupted periods of time on each excerpt or section of a piece, pick a few passages you would like to work on and alternate between them.

This is more challenging, of course, as you are repeatedly forced to restart different pieces, retrieving the mental script for the task at hand. But it is precisely this challenge that produces such valuable outcomes.

It simply would not be logical, of course, to deny that some degree of repetitive practice is necessary. The idea is to make the particular correct action required, become, by means of repetition, automatic. In the instances where R.P. is necessary, the modern idea is to reduce the number of repetitions to a minimum, and to avoid too much monotony.

The latter can be done by first of all spreading the repetitions over a period of days, instead of attempting to do it all in one ‘sitting’. Secondly, even during one practice much of the monotony can be avoided by doing some of the concentrated practice at the beginning, some about the middle of, and some at the end of our practice period. In between times something different can be practised.

Some variety is also helpful for keeping critical sense and listening abilities sharp. Working on at least two pieces of different styles can keep efforts from becoming stuck. One might give more time to a particular piece on some days, but it should never be automatic practice. A student deserves to be excited about the music and stimulated to meet the challenges involved.

When we practise, we aim to solve problems by repeating notes over and over again. This type of repetition can be successful, but only if we analyse what we are doing. In order to break out of a loop of mindless repetition, we first need to tell ourselves that we cannot repeat something unless we know why we are repeating it. It often helps to say the reason out loud to yourself, as this minimises the temptation to repeat it over and over again.

When I am practising the fifth page of the Bartók Viola Concerto, for example, rather than just repeating the lick for the nth time, I stop and say: ‘The problem is that my third finger is not accurately moving back a semitone while I am playing on the fourth finger.’ It is much easier for my brain and fingers to absorb the correct movement if I have identified it in this way.

Passages that we worry about don’t need more practice time, but rather more relaxation as we execute them. This is achieved not by repeating the passage over and over again, hundreds of times, in every possible way but by distracting our mind exactly in the instant of execution.

One possibility can be, as you approach the scary bit, you slowly start moving your head in a circle, possibly in a non-rhythmical and ‘non-musical’ way. In doing this you are forced to concentrate on the circle your head is drawing instead of worrying about the passage you are about to play. In doing so, our brain will be relieved of the pressure of performing an action in a single, rigid way, and this will result in a freer attitude.

I give myself some psychological pressure: I put twelve matches in a row on the table in front of me. I start with the first three chords, playing only the upper notes and afterwards checking to see if the lower ones are in tune. Every time they are, I move a match across. If not, I start all over again. After an hour, I manage twelve times in a row in tune. Now my psyche and brain will know what to do on stage.