The violinist explains why it’s crucial to prioritise musicality as well as technical prowess when performing encores by Paganini, Wieniawski and Vieuxtemps 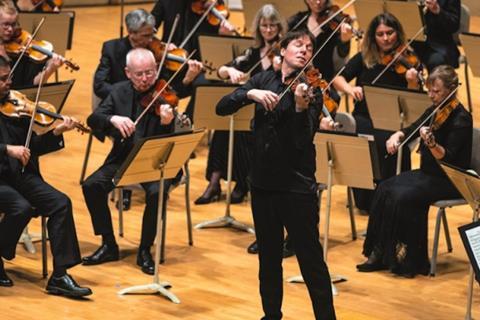 Violinist and Academy of St Martin in the Fields music director Joshua Bell maintains that it’s not the traditional encores themselves that don’t hit the right buttons these days, but rather the way that they’re often treated. ‘Paganini, Wieniawski and Vieuxtemps encores used to be a meaningful part of the repertoire for violinists, and sadly I’ve felt them disappearing,’ he mourns. ‘Somehow, this often seems looked down upon as second-rate music. But I grew up with a very different attitude towards it. My teacher Josef Gingold studied with Ysaÿe – who studied with both Vieuxtemps and Wieniawski. Gingold adored the works of these violin masters, and looked upon them as masterpieces. These gems were written by violinists for violinists, and they offer something that Beethoven or Schumann weren’t necessarily trying to achieve. They celebrate the instrument in a glorious way, just as Chopin’s music does in the case of the piano. Of course, audiences enjoy them too, sometimes to an annoying extent – when, after you’ve poured your heart and soul into sonatas by Beethoven and Brahms, and then you do a little Wieniawski encore, people tell you that it was their favourite part of the programme! But that’s also a wonderful thing.’

For that audience reaction, though, this music does have to be approached in the right way. ‘Often, students seem to think these works are only about fireworks and showing off their technique,’ Bell explains. ‘There’s a music-making knob that turns off during difficult passages, and things like phrasing, harmonic emphasis and nuance go out of the window. But when you listen to this music played by any of the violinists from that golden era – Kreisler, Heifetz, Milstein – there is no separation of music and technique! In fact, because the pieces were so elegantly written for the instrument the performance seems effortless, and the violinist is allowed to show their charm, wit, humour and love. Another pitfall for performers, if they don’t approach the music with enough reverence, is that it becomes over-sentimentalised and vulgar… and hence “bad music” – a self-fulfilling prophecy!’