Violinist Jack Liebeck on weaving a story in Kreisler encores

Liebeck has teamed with pianist Katya Apekisheva to release an album of Kreisler compositions and arrangements on Hyperion. Here he describes the selection and recording process. 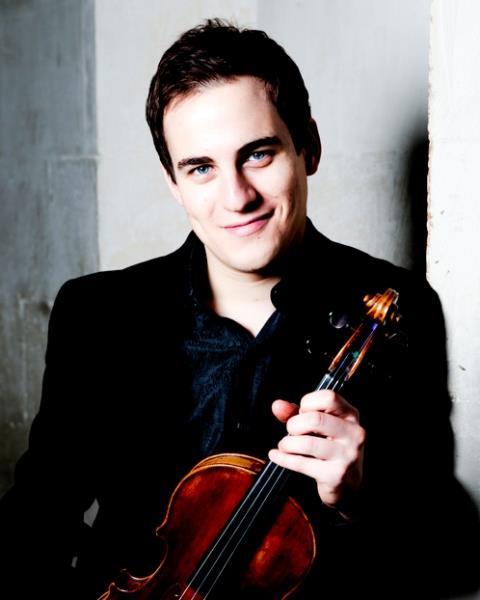 When I first suggested to Hyperion Records that they had a gap in their catalogue with a lack of any works by Fritz Kreisler, I did so without thinking of the workload!  Just choosing the pieces to be included was a daunting task – with so many gorgeous works, should we only feature his original compositions or include his arrangements as well? In the end it was decided to feature both, so I set about finding pieces that would slot together to make a well-rounded listening experience and a showcase of Kreisler’s mastery. Of course, one cannot make a Kreisler disc without including his most famous works – Liebesleid, Liebesfreud and Schön Rosmarin to name just a few – but there are so many miniatures to choose from that it was a difficult task. I have had a chance to live with many of the pieces for years, having learned them as a child, but about half of them were new to me.

Having performed the more familiar pieces many times as encores with pianist Katya Apekisheva, our main concern during the recording process was to try and keep that real encore feeling.  How does one recreate that end-of-concert, ‘about to go home’ feeling, when recording on a rainy Tuesday morning in Bristol? During the sessions I tried to imagine that the microphone was a single person to whom I was singing, cajoling and wooing.

One of the great difficulties when playing Kreisler miniatures is the brevity of the pieces. We are asked to tell a well rounded story in two minutes flat. Moreover there are a million ways to play them! I believe this makes them much more difficult to master than a 25-minute sonata, where there is plenty of time to create a musical landscape. Each work has its own narrative, so from the first note it has to exude the essence of the music in a most concentrated form.

The next concern was the pieces that were new to both Katya and to me. They had to achieve that ‘lived-with’ feeling in a relatively short amount of time. In order to reach that feeling, we like to play the pieces through, warts and all, enough times for the important character of the music to make itself known to us.  We met up about four times in ten days prior to these sessions to read and re-read through the pieces, and each time the feel of the pieces became more apparent.  Then the polishing took place separately.

One piece in particular required careful work: I have always objected to Praeludium and Allegro. When hearing most violinists perform the Praeludium section, I have the urge to switch off. They play it so romantically and slowly even though it is marked Allegro, making it sound so pompous and over-the-top. Moreover it is ‘in the style of Pugnani’, the 18th century Baroque composer, but is usually performed more like a late-Romantic work. So Katya and I spent considerable time trying to find the Baroque essence of the piece. Our Praeludium is somewhat faster than the norm, but in my view it sounds like a fitting introduction to an Allegro section!

By the end of the sessions both Katya and I were totally exhausted.  Three days of squeezing the concentrated energy out of the pieces was so extremely gruelling that we hardly spoke a word once we were finished. It wasn’t until some days later that we congratulated each other for our efforts!

Jack Liebeck's album of 'Kreisler Violin Music' is out now and will be reviewed in the May issue.