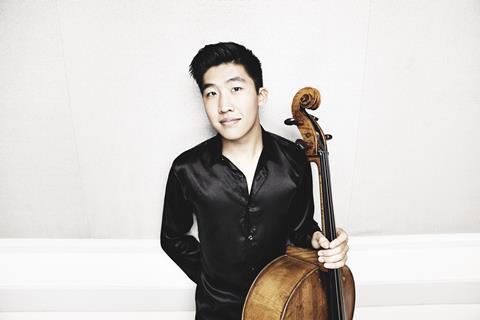 Best performance of a sonata in the second round went to Jisoo Kim (South Korea), while the most promising semi-finalist in the Classical category who did not go through to the final round went to Luka Coetzee (Canada).

Born in 1997, Cheng has enjoyed considerable performance success, including his Carnegie Hall debut at 14, his Elbphilharmonie debut in 2018 and plans to debut with the Deutsches Symphonie-Orchester Berlin at the Berliner Philharmonie this season. He studied with Yuli Turovsky and Hans Jørgen Jensen at Northwestern University and is currently pursuing his masters degree at the Universität der Künste Berlin with Jens Peter Maintz.

Cheng performs on the c.1696 ‘Bonjour’ Stradivari cello and a c.1830 Shaw Adam bow, on loan from the Canada Council for the Arts Musical Instrument Bank as First Laureate of their 2018 Competition.