Anna Agafia will record her debut CD as part of the Thierry Scherz Prize, while Hickey enjoys a cash prize for her interpretation of a contemporary work 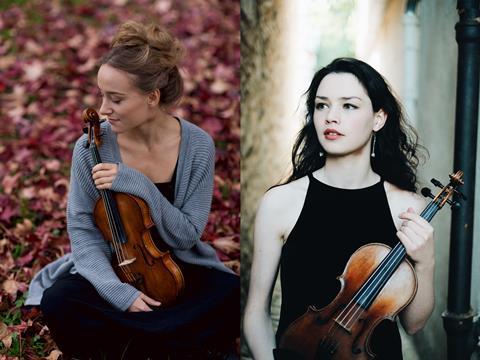 The 22nd edition of the Sommets Musicaux de Gstaad has awarded prizes to two violinists.

As winner of the Thierry Scherz Prize, Agafia will have the opportunity to record her debut CD of two violin concertos, under the Claves Records label.

She performed a programme of Beethoven, Brahms and Ravel to the jury chaired by Renaud Capuçon, made up of violinist Guillaume Sutre, violist Gérard Caussé and director of the Claves Records label Patrick Peikert.

Agafia is a graduate of the Lausanne University of Music and is currently artist in residence at the Queen Elisabeth Music Chapel. Agafia is a former winner of the Stuttgart and Tibor Varga Violin Competitions and a prize winner at the Carl Nielsen International Violin Competition.

The André Hoffmann Prize aims to promote contemporary music. Mairéad Hickey won the prize for the best interpretation Episode by Sommets Musicaux composer-in-residence Wolfgang Rihm. She was awarded CHF 5,000 (approximately £4,000). A passionate chamber musician who appears in festivals around the world, Hickey is the artistic director and co-founder of the Ortús Chamber Music Festival in native Cork.