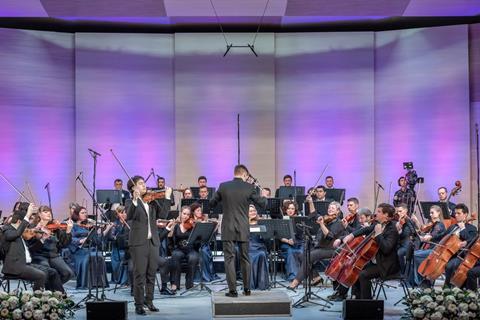 Elias David Moncado has won his second competition in two weeks, with a victory at the Vladimir Spivakov International Violin competition in Ufa, Russia on 25 November

The violinist of Spanish, German and Malaysian heritage wins a 1918 violin made by Milanese maker Giuseppe Pedrazzini.

Second prize of a Nicolas Caussin violin was awarded to Chisa Kitagawa of Japan, while third prize of a 2019 Igor Ulitsky violin went to Jewon Wee from South Korea.

In a statement, Moncado said, ’I am overwhelmed with emotions, and I still can’t believe what happened today! It was a big dream for me. Yesterday, at the selection, at the moment when I played Tchaikovsky, I felt the atmosphere of the concert, as if it were a real concert, and this inspired me. I would like to say words of gratitude to my parents, colleagues, teachers! And of course, to everyone who took part in the organisation of the festival’

Two cash prizes of $1000 were awarded to Yulia Smirnova and Arseniya Sibileva, both from Russia. The jury was chaired by Mikhail Kopelman and comprised of Vladimir Spivakov, Boris Kuschnir, Joji Hattori, and Julie Reed-Yeboah.

Previous winners include Maria Dueñas in 2018 and Daniel Lozakovitj in 2016.