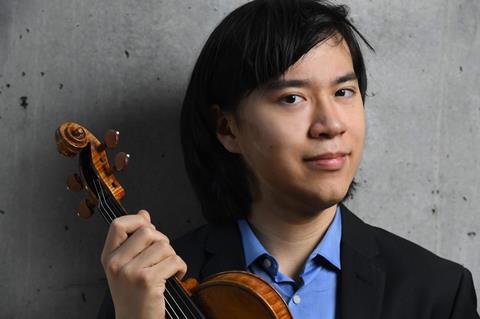 20-year-old Elias David Moncado has won the Valsesia Musica International Competition in Italy. The violinist of Spanish, German and Malaysian heritage scooped first prize of €8000 following his performance of the Tchaikovsky Violin Concerto with Orchestra Antonio Vivaldi conducted by Lorenzo Passerini on 13 November.

Second prize was awarded to Teofil Milenkovic from Italy and third prize to Cord Koss from Germany.

Moncado was the youngest ever winner at the 2019 Karol Lipiński Violin Competition, as well as the 7th International Sendai Violin Competition in Japan. He is currently a student at the Universität Mozarteum Salzburg with Pierre Amoyal and plays a violin by Giambattista Rogeri of Brescia (c1700) as a prizewinner and scholarship holder of the Deutsche Stiftung Musikleben Hamburg.