The British violist is the first winner of a €10,000 award, established by the Hamburg Symphony Orchestra 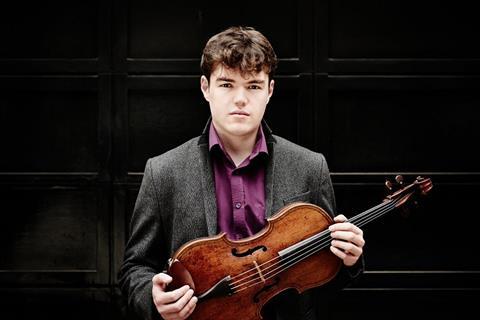 The 24-year-old violist Timothy Ridout has been announced as the first winner of a €10,000 award, established by the Hamburg Symphony Orchestra in memory of its last conductor, Jeffrey Tate (1943-2017).

Donated by Annegret and Claus-G. Budelmann, the new Sir Jeffrey Tate Award is to be presented every two years on the recommendation of a jury to exceptionally talented young musicians.

Born in London, Timothy Ridout studied at the Royal Academy of Music and, since winning the Cecil Aronowitz and Lionel Tertis International Viola Competitions (in 2014 and 2016 respectively), has worked with musicians such as Isabelle Faust, Janine Jansen, Lars Vogt, Christoph Eschenbach, David Zinman and Sir Andras Schiff.  Ridout made his debut with the Hamburg Symphony Orchestra in December 2018.

The award will be presented on 2 February at a concert by the Hamburg Symphony Orchestra under its chief conductor Sylvain Cambreling in the Laeiszhalle, Hamburg.