Scottish violinist has been nominated for her album Fiddle Dance Suite, featuring music by Wynton Marsalis 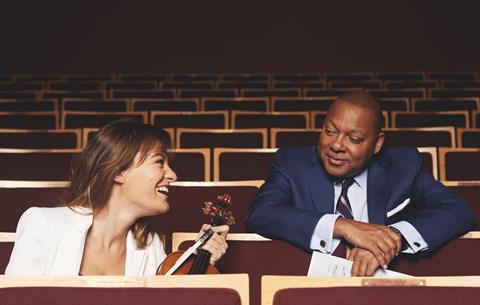 Violinist Nicola Benedetti is to perform at the Grammy Awards Premiere Ceremony, which takes place in Los Angeles on 26 January.

Benedetti’s performance on her latest recording, Fiddle Dance Suite, has earned her a nomination in the category for Best Classical Instrumental Solo at the 62nd annual Grammy Awards. The album features two new pieces written especially for her by the American trumpeter and composer, Wynton Marsalis: Violin Concerto in D and Dance Suite for Violin Solo. Marsalis has also received a nomination for his Violin Concerto in the category for Best Contemporary Classical Composition.

Benedetti commented: ‘This project has been a deeply edifying experience for me and one I will always reflect on with immense gratitude. It has been a privilege to learn and perform these two inspired and unequivocal masterpieces, and to deepen my understanding of Wynton’s compositional language, cultural richness and philosophical insights. Long-form musical pieces are often described as a journey and this sure has been a rich and fascinating one.’

Benedetti will perform Violin Concerto in D at the ceremony with The Philadelphia Orchestra under the baton of Cristian Măcelaru, who has also received a nomination for his work on the recording. The performance will take place at Microsoft Theater in Los Angeles on 26 January, from 3:30 – 6:30pm EST (12:30–3:30pm PT), and will be streamed live internationally via GRAMMY.com.

Note: This story is updated to correct the statement that Benedetti would be performing Marsalis’s Violin Concerto in D at the Premiere Ceremony. In fact, the programme for Benedetti’s performance has not yet been announced.