Strings dominated with the top three prizes going to a string quartet and two piano trios, all based in Basel 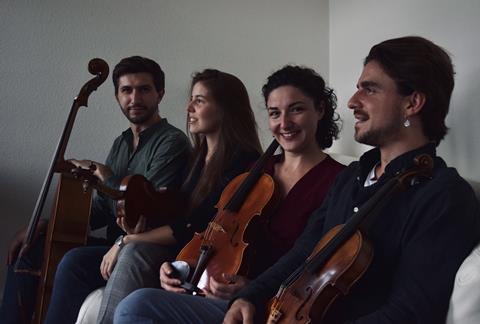 The Basel-based Spirea Quartet has won first prize and CHF5,000 (£4,400) at the Orpheus Chamber Music Competition, which took place at the Haute École de Musique de Genève’s Neuchâtel campus in Neuchâtel, Switzerland on 20 November. The quartet comprises violinists Nathan Kirzon, Laia Azcona Morsit, violist Lucia Mullor, and cellist Blai Bosser Toca. The competition, which is in its 49th year, welcomes players that are either Swiss, live in Switzerland, or attend a Swiss music university or academy. It is open to mixed ensembles comprising three to nine players.

Alongside their cash prizes, the first, second and third prize winners will premiere commissioned works by up-and-coming Swiss composers at the Swiss Chamber Music Festival in Adelboden, Switzerland, from 8 to 17 September 2023. These commissions and performances are made possible by funding from the Pro Helvetia Foundation. The remaining three laureates will also perform at the festival, which was specially created in 2011 to host concerts by the competition’s winners.

Read: ‘Only give it as much as you need’ - Thomas Demenga’s life lessons