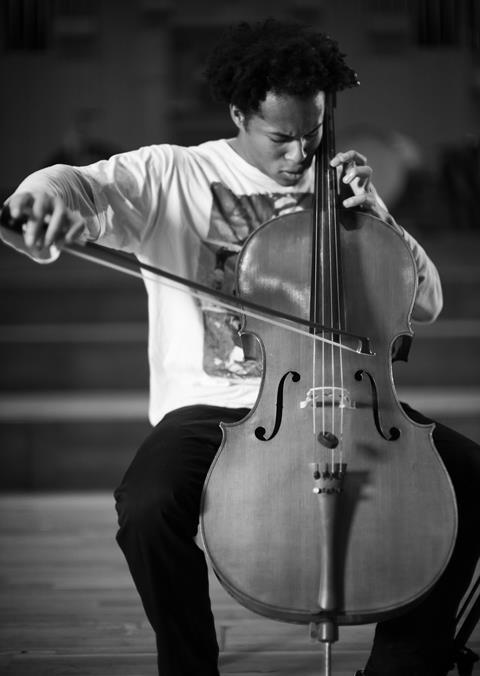 In a series of visits to the Academy each year, Kanneh-Mason, himself a RAM alumnus, will work with students at undergraduate, postgraduate and diploma level to encourage and develop practical skills to enhance their performance experience. He will be working with students on building confidence and spontaneity into improvisation techniques and sharing tools for creative and innovative arranging and transcribing.

Kanneh-Mason will also provide advice on spending effective and efficient time in the rehearsal room and will join students for side-by-side performance projects.

‘It is incredibly exciting to be starting this new role at the Royal Academy of Music,’ said Kanneh-Mason. ’During my time as a student, I have had the chance to explore so much in terms of the classical solo repertoire, chamber music and collaborations with a wide variety of artists, as well as composing and arranging for my instrument. I hope to encourage students to be open, interesting and rounded musicians.

‘It is also a massive honour to have this position named after one of my greatest inspirations, Yehudi Menuhin. I have always admired not only his incredibly expressive violin playing, but also his openness, interest in and dedication to a wide range of music, arts, education and wider social issues.’

The Academy’s head of strings, Jo Cole commented, ’Sheku’s ingenuity, open-hearted communication, and experience as a young artist on the international stage will make him an inspirational and energetic guide and we’re delighted to welcome him to the Academy in this new role.’

Kanneh-Mason joined the RAM’s Primary Academy aged nine, progressing through as a Junior, undergraduate and Advanced Diploma student, and has studied with Hannah Roberts since 2017. In 2016 he won BBC Young Musician of the Year, becoming the first black musician to win the competition. In 2018 he became a household name when he played at the wedding of the Duke and Duchess of Sussex, an event watched by nearly two billion people. He was awarded an MBE in the 2020 New Year Honours for Services to Music.