13 international contestants will perform for the chance to scoop the first prize of $100,000 in the finals 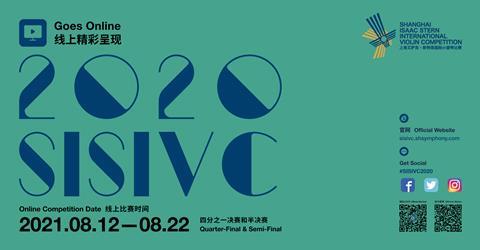 13 semi-finalists have been announced for the postponed 2020 Shanghai Isaac Stern International Violin Competition (SISIVC). The semi-finals will take place on 18, 19, 20 and 21 August 2021 with the finalists announced on 22 August. Contestants will perform a sonata and virtuosic piece in the first section, followed by a Mozart concerto with piano accompaniment.

The semi-finalists, in performance order, are:

Established in 2015, the SISIVC is renowned for demanding a large amount of repertoire and high level of difficulty and intensity from contestants. First prize winner will be awarded $100,000 USD, with additional prizes on offer such as the Best Chinese Work Performance Award, as well as the special prize Isaac Stern Human Spirit Award.