Rule, Britannia! will now be sung at BBC Proms 2020

The UK music festival has reversed its decision to perform orchestral arrangements of Rule, Britannia! and Land of Hope and Glory following heated criticism 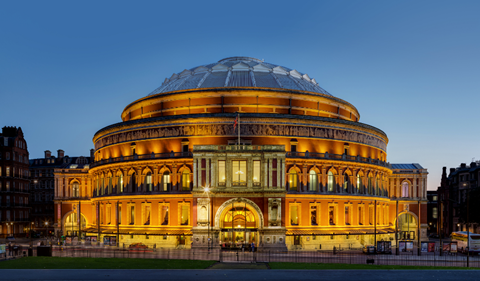 The BBC Proms has changed its decision to replace sung versions of Rule, Britannia! and Land of Hope and Glory with orchestral arrangements this year in the wake of criticism online, in the media and from UK Prime Minister Boris Johnson.

Instead, the songs, condemned in some quarters for their past associations with empire, will be sung by ’a select group of BBC Singers’, so that the words will be heard in London’s Royal Albert Hall, despite the absence of a full choir and audience.

’The pandemic means a different Proms this year and one of the consequences, under Covid-19 restrictions, is we are not able to bring together massed voices. For that reason we took the artistic decision not to sing Rule, Britannia! and Land of Hope and Glory in the Hall.

’We have been looking hard at what else might be possible and we have a solution. Both pieces will now include a select group of BBC Singers.  This means the words will be sung in the Hall, and as we have always made clear, audiences will be free to sing along at home. While it can’t be a full choir, and we are unable to have audiences in the Hall, we are doing everything possible to make it special and want a Last Night truly to remember.

’We hope everyone will welcome this solution. We think the night itself will be a very special moment for the country - and one that is much needed after a difficult period for everyone. It will not be a usual Last Night, but it will be a night not just to look forward to, but to remember.’

The Proms originally intended that Rule, Britannia! and Land of Hope and Glory would be played, not sung, in new orchestral versions by Anne Dudley this year.

The decision was supported by BBC boss Tony Hall, who told BBC News:  ‘I think they have come to the right conclusion. It’s very, very hard in an Albert Hall that takes over 5,000 people to have the atmosphere of the Last Night of the Proms and to have things where the whole audience normally sing along - it’s quite hard creatively, artistically to make that work.’

However, Prime Minister Boris Johnson responded: ’I cannot believe…that the BBC is saying that they will not sing the words of Land Of Hope And Glory or Rule, Britannia! as they traditionally do at the end of The Last Night of The Proms. I think it’s time we stopped our cringing embarrassment about our history, about our traditions, and about our culture, and we stopped this general bout of self-recrimination and wetness.’