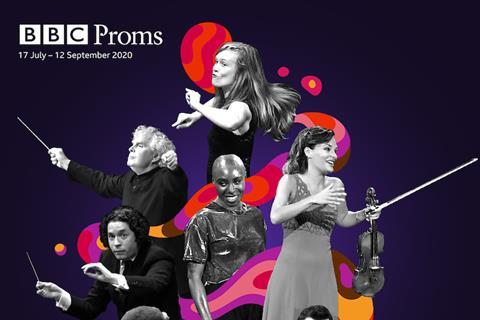 The team behind the BBC Proms has revealed further details of this summer’s live programme, taking place over two weeks from Friday 28 August.

Amongst the soloists is pianist Benjamin Grosvenor, who performs with the Philharmonia Orchestra and Esa-Pekka Salonen (Wednesday 9 September). Others include the organist Jonathan Scott with a recital of popular classical works (Saturday 29 August), as well as the singer-songwriter Laura Marling (Sunday 6 September), presenting songs in new string arrangments with the string group 12 Ensemble.

For the first time ever, all live Proms performances will be available to watch on BBC TV or live streamed on BBC iPlayer. The concerts will also be broadcast on BBC Radio 1Xtra, Radio 2 and 6.

The two weeks of live Proms include seven new commissions. The opening night features a new work by Hannah Kendall whilst Aziza Sadikova, Jay Capperauld and Gavin Higgins all have world premieres, in addition to the three commissions already announced by Thomas Adès, Andrea Tarrodi and Richard Ayres.

For further details of the live Proms please visit bbc.co.uk/proms. Details of the Last Night of the Proms will be announced in due course.