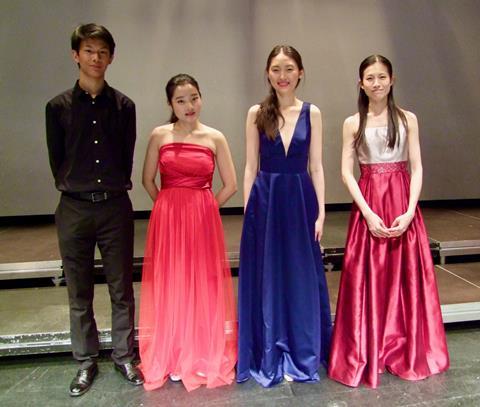 Prizes have been awarded at the 6th edition of the Mirecourt International Violin Competition, the final of which was held on 28 November.

First prize of €5000 was awarded to 20-year-old Qingzhu Weng from China with his performance of the Tchaikovsky Violin Concerto. In addition to first prize, he also won the audience prize, the Opéra national de Lorraine orchestra award, and best interpretation of the required contemporary piece Concert Sonate by Florentine Mulsant.

Additional prizes were awarded as follows: