Yuliia Van and Roman Kholmatov each receive €5,000, plus a number of important performance opportunities 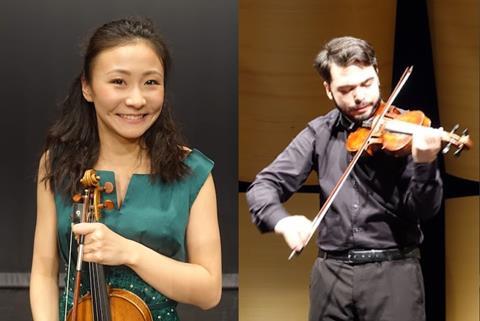 From left to right: Yuliia Van and Roman Kholmatov

Following a final round in which applicants performed a major concerto, the 2018 Mirecourt International Violin Competition has awarded two 1st prizes this year: to 22-year-old Yuliia Van and 24-year-old Roman Kholmatov, both from Ukraine.

They each receive €5,000, plus a number of important performance opportunities.

Van, who studied with this year’s competition jury president Krzysztof Wegrzyn at the Hannover Hochschule of Musik, Van is a former prize winner at the Louis Spohr and Tibor Varga International Violin Competitions.

Taking place biennially in Mirecourt France, the competition, which was founded in 2010, is open to international violinists 26 years and under.