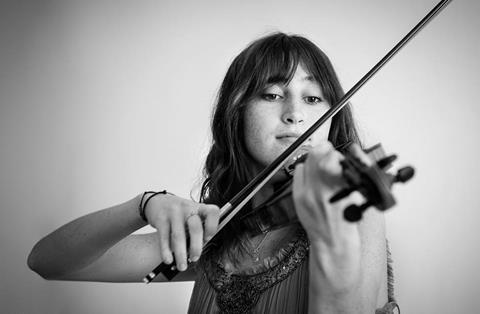 Alexis Hatch has won first prize at the CullerArts 3rd International Violin Competition. In the final round held on Saturday 11 September at the Auditorio Municipal de los Jardines del Mercado in Cullera, near Valencia in Spain, she played Mendelssohn Violin Concerto to scoop the first prize of €3000, solo engagements with various Spanish orchestras and recitals during the 2022/23 season. Hatch also won the special audience prize, worth €1500.

No second place was awarded, however third place of €1500 was awarded to Clara Garriga Traugut.

Hatch has studied at the Reina Sofía School of Music in Madrid with Zakhar Bron since 2020, previously studying at the Royal Conservatory of Toronto in Canada. She has won many prizes including the Hennings-Fischer Young Artists Competition Grand Prize, the Toronto Sinfonietta’s Young Artist Concerto Competition, the Young Musician’s Foundation Scholarship Competition, and the ASCAP Foundation’s Leiber and Stoller Scholarship Competition. From 2017-2020, Hatch served as associate concertmaster with the American Youth Symphony.

She is a member of the Enagás Schumann Quartet and has worked professionally in film sessions with composers Ramin Djawadi, Lorne Balfe, and Ilan Eshkeri, as well as in musical projects with artists such as Green Day, Marco Antonio Solís, and CHVRCHES.