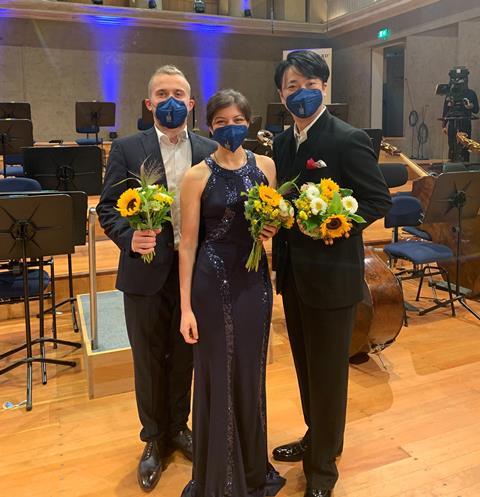 Seiji Okamoto has won first prize in the violin category of the 70th ARD International Music Competition in Munich. The 27 year old violinist wins €10,000 and many important concert engagements.

Second prize was awarded to Dmitry Smirnov (28) from Russia, and Alexandra Tirsu (29) from Moldova/Romania won third prize as well as the audience prize.

The Covid-19 pandemic caused an unusual departure from the normal proceedings of the competition, with first rounds held online in June and July and the second rounds onward held live in Munich.Oswald Beaujean and Meret Forster, the two artistic directors of the ARD Music Competition, said: ’We are incredibly happy that all the musicians and jury members were able to travel to Munich and that we have successfully completed this huge competition, and at such a high level.’