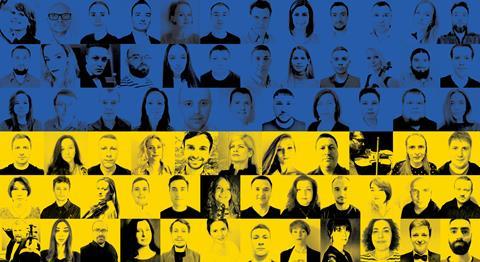 After two years of Covid-19 restrictions, 2022 sees the BBC Proms restored to its full eight-week glory, with 84 concerts over 57 days, involving over 3,000 musicians. 2022 marks the centenary year of the BBC, celebrating the partnership between music and broadcasting that has brought the world’s largest classical music festival into people’s homes across the UK.

Perhaps most notable is the appearance of the newly formed Ukrainian Freedom Orchestra as part of a European and US tour this summer. Brought together by the Metropolitan Opera, New York, and the Polish National Opera, the brand-new orchestra led by Canadian-Ukrainian conductor Keri-Lynn Wilson includes recently refugeed Ukrainian musicians, Ukrainian members of European orchestras and some of the top musicians of Kyiv, Lviv, Kharkiv, Odesa and elsewhere in Ukraine.

The Ukraine Ministry of Culture is granting a special exemption to military-age male members of orchestras inside the country, enabling them to participate in a remarkable demonstration of the power of art over adversity. Following the inaugural concert in Warsaw the orchestra’s first stop with be in London at the Proms (31 July matinee) ahead of concerts in European destinations including Amsterdam, Berlin, Edinburgh, Hamburg, Munich and Snape Maltings, before culminating with concerts in New York and Washington DC. The Prom will be broadcast on BBC TV.

This season will see the return of international orchestras to the Proms, including Berliner Philharmoniker led by Kirill Petrenko, the Philadelphia Orchestra led by Yannick Nézet-Séguin and the Australian World Orchestra led by Zubin Mehta.

Star string soloists will take to the stage, with cellist Sheku Kanneh-Mason appearing at the Last Night of the Proms, while violinists Alina Ibragimova, Patricia Kopatchinskaja and Nicola Benedetti will enjoy solo performances throughout the summer.