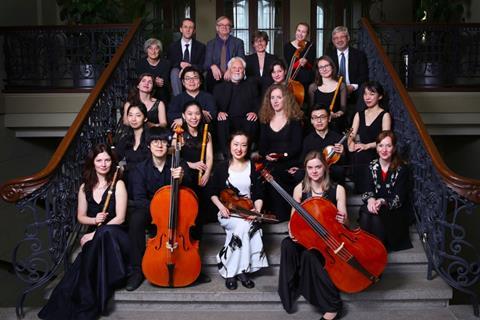 The players receive €7,500 along with concert engagements for the Bachfest Leipzig 2019 and the Telemann Festival Days 2020.

The quartet, which was only formed at the beginning of the year, also won the Audience Award.

A 2nd prize was not awarded.

Two special prizes for the best basso continuo and harpsichord violin playing were also awarded for the first time this year - to Tung Han Hu (from Le Jonc Fleuri) and Hwa-jeong Lee (from Ensemble Postillon).

‘I am very pleased to see how young interpreters get enthusiastic about Telemann’s music and face the challenge of presenting themselves to a panel of experts, their colleagues and the audience,’ said Barthold Kuijken.

Founded in 2011, the competition takes place every two years in Magdeburg, Telemann’s birth city, alternating with the Telemann Festival. This year, the competition was aimed at musicians playing on historical instruments (or replicas) for which Telemann composed chamber music. In 2021, the competition will focus, for the second time ever, on singing.