A thorough knowledge of Baroque repertoire apart from the works of Bach is so important if modern players are to gain a proper understanding of Classical and Romantic works, writes Adrian Butterfield 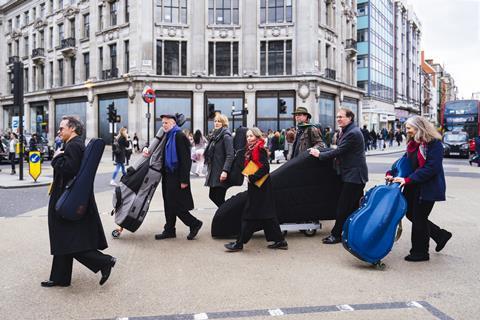 There are few string players who fail to appreciate Bach’s genius and hardly any who do not relish the challenge of his solo works. And yet it’s scandalous how many students go through conservatoire training without discovering the music of Bach’s predecessors and contemporaries, many of whom inspired not only Bach but also composers of later eras. Widening our knowledge helps us to understand his music and the works that followed. So, where to start?

Some brief pointers to consider about other aspects of Baroque style:

I know I speak for my colleagues in the early music world when I say that Baroque music should not be the preserve only of period-instrument performers. But we love playing on these instruments because they teach us so much. A student’s Bach playing can be transformed in an instant by using a Baroque bow. And gut strings give us so many subtle colours.

Haydn and Mozart were brought up with Baroque bows – so many of the basics mentioned apply to their music too. During their lifetimes instrument set-up changed and the bow developed alongside changes in taste and style. Coming to them from the viewpoint of Baroque style will give a really fresh perspective!

This article appears in the January 2019 issue of The Strad