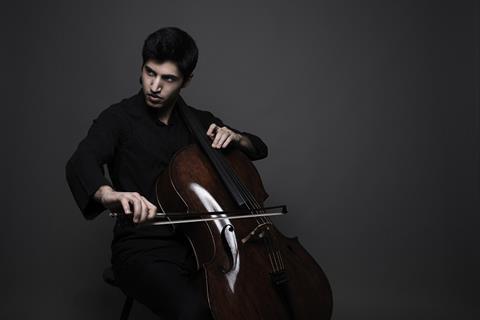 Cellist Kian Soltani has been announced as the 2017 recipient of the Credit Suisse Young Artist Award. The award carries a CHF 75,000 cash prize (c. $75,850) and a concert with the Vienna Philharmonic as part of the 2018 Lucerne Festival.

The award is funded by the Credit Suisse Foundation and jointly administered by the Lucerne Festival, the Vienna Philharmonic, and the Gesellschaft der Musikfreunde, Wien (Society of Friends of Music in Vienna). It is not open to applications, with nominees being invited by an internation panel chaired by Michael Haefliger, director of Lucerne Festival.

Soltani is principal cellist of West-Eastern Divan Orchestra and came to particular prominence performing the Beethoven triple concerto in the orchestra’s 2015 tour, with Daniel Barenboim on the piano and Guy Braunstein on violin. He has recently signed to Deutsche Grammophon and earlier this year won the Leonard Bernstein Award 2017 by the Schleswig-Holstein Music Festival.

The award concert with the Vienna Philharmonic conducted by Franz Welser-Möst will take place on 8 September 2018 in the KKL Luzern Concert Hall.