The Austrian-Iranian cellist has been awarded the €10,000 prize by the Schleswig-Holstein Music Festival 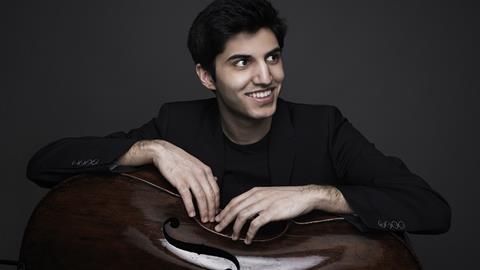 Austrian-Iranian cellist Kian Soltani has been awarded the Leonard Bernstein Award 2017 by the Schleswig-Holstein Music Festival (SHMF). The 24-year-old receives €10,000 and will perform at SHMF in Germany on 21 July under conductor Christoph Eschenbach.

Principal cellist of Daniel Barenboim's West-Eastern Divan Orchestra, Soltani holds a scholarship from the Anne-Sophie Mutter Foundation, and released 'Metamorphoses' - his debut album of world premiere recordings - in 2012. He won first prize at the International Paulo Cello Competition in Helsinki in 2013.