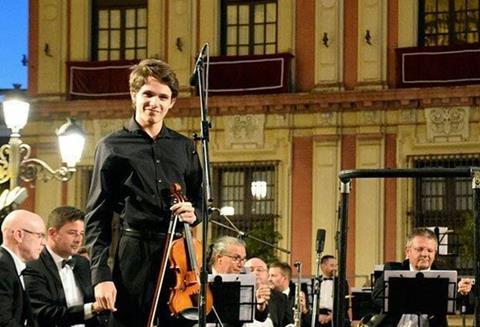 Comesaña, born in 1999 in Alcalá de Guadaira near Seville, studied with Marco Rizzi at the Reina Sofía School of Music in Madrid. He has also studied with Yuri Managadze and Sergey Teslya. He has had masterclasses with Graf Mourja, Nicolas Dautricourt, and Ilya Kaler and, at Reina Sofía, with Christoph Poppen, Miriam Fried, Alexander Lonquich, Ingolf Turban and Silvia Marcovici. In 2010 he won the first prize at the national Marcos Pedro Moreno Jiménez violin competition.