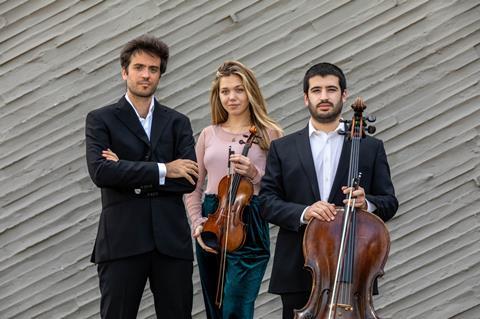 The ’Franz Schubert and Modern Music’ International Chamber Music Competition has announced the winners of the Lied and piano trio categories. The competition is organised by the University of Music and Performing Arts in Graz, Austria. The results were announced on 23 July at the competition’s awards ceremony, which took place at the György Ligeti Saal in Graz. The finals and ceremony were also livestreamed. 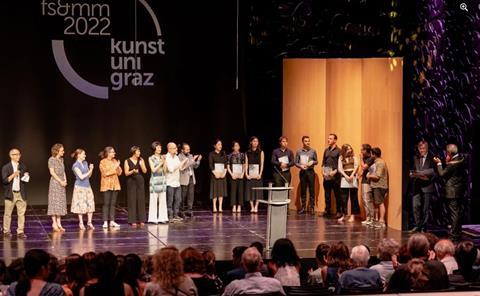 The Trio Orelon (third, fourth and fifth from right) being awarded first prize on 23 July in Graz, Austria

Second prize and €9,750 was awarded to the Korean Trio Unio, which consists of pianist Young Sun Choi, violinist Eunji Kim and cellist Ah-Yeon Nam. Third prize and €6,750 went to the Soleri Trio. The trio comprises Bulgarian-German pianist Asen Tanchev, Latvian-German violinist Dainis Medjaniks and German cellist Moritz Weigert. The three prizewinners were chosen out of five finalists, with nine trios competing in the semi-finals on 22 July.

The jury was chaired by Canadian pianist Chia Chou, and included a mix of players, academics and other industry professionals from around the world.