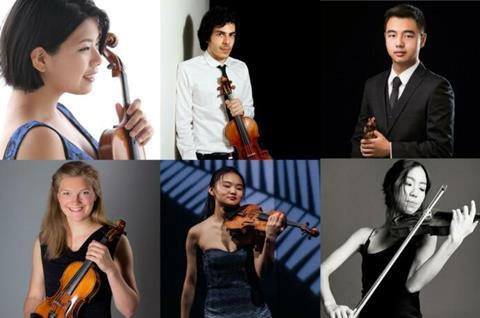 Six finalists have been announced for the Shanghai Isaac Stern International Violin Competition, following the rigorous semi-final rounds last week. They are:

The final round will be held live in 2022. Split into two sections, contestants will first perform in a chamber music round, playing first violin in Beethoven’s String Quartet no.5 in A major op.18, first movement. Following that, the second section will consist of a performance of Zhou Tian’s newly commissioned Violin Concerto ‘Night Tour’ as well as a standard romantic concerto.

Contestants will play for the chance to win first prize of USD $100,000, as well as prize for Best Chinese Work Performance Award and the Isaac Stern Human Sprit Award, each worth USD $10,000.