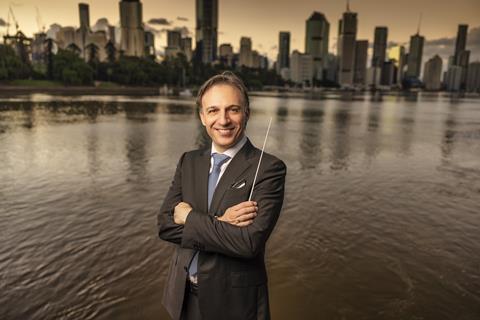 ’I’m not just honoured to share the QSO chief conductor’s title with great musicians but I’m also grateful to them for helping create, in the past 75 years, the QSO of today,’ said Clerici.

’My path to the podium came after 20 years as a cellist, both as soloist and orchestral, which means that I have shared the stage with a wide variety of conductors for many years, and in many parts of the world. This creates not only a different perspective on what the role of the conductor is for the musicians, but have also given me the opportunity to explore repertoire from inside the orchestra.

’I look forward to experiencing everything Brisbane and Queensland has to offer. I am particularly impressed by the young vibe and the sense of expansion that is happening here. Coming from Torino, a city which hosted a Winter Olympics, I also know first-hand the spark an event of that magnitude injects into a community, so I am very excited to be arriving in Queensland and at QSO in this moment in history.’

Clerici is a former cello student of Mario Brunello, David Géringas and Julius Berger. He received several international prizes including the Janigro Competition in Zagreb, the Rostropovich in Paris and the Tchaikovsky Competition in 2011.

Read: From the Archive: conducting tips for players