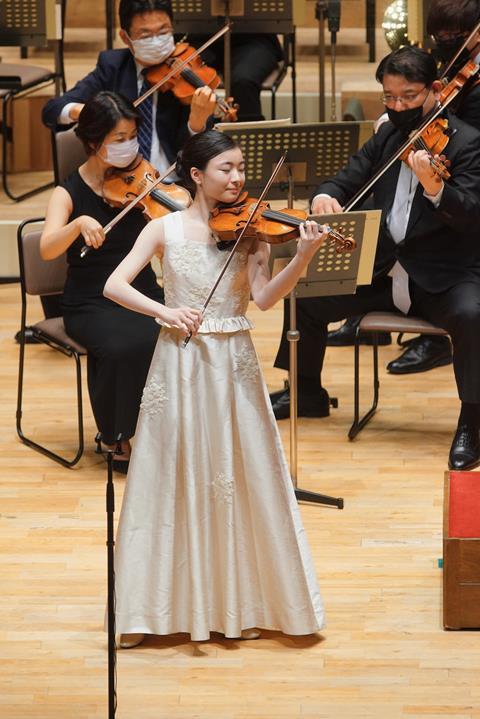 Following the final round performances on Saturday 4 June at the Hitachi Systems Hall, Sendai, 17-year-old violinist Nakano took first prize with her rendition of Mozart Violin Concerto in A major and Bartok Violin Concerto no.2. She takes home the cash prize of JPY 3,000,000 (US$29,000), the competition Gold Medal, as well as promise of CD production and numerous concerto and recital opportunities in Japan.

The Special Jury Prize went to semifinalist Seina Matsuoka (28, Japan). The cash prize of JPY500,000 (US$5000) was awarded to a semifinalist that displayed exceptional promise but did not proceed to the final round.

Audience Prizes were awarded for each day of the semifinals and went to Christine Wu (26, US), first prize winner Nakano and sixth prize winner Nakamura. Each prize was worth JPY50,000 (US$500).

The previous edition of the Sendai International Violin Competition was held in 2019. No first prize was awarded, with US-violinist Shannon Lee taking second prize. This year’s competition continues with the piano discipline from Thursday 9 June until Saturday 25 June.