The cellist died of heart failure at a rehabilitation facility in Florida, aged 90 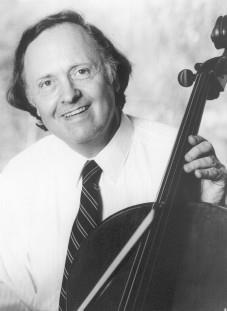 The US-cellist Leslie Parnas, a former student of legendary cellist Gregor Piatigorsky who enjoyed a long musical career since the 1940s, has died aged 90.

Born in 1931 to a musical family in St Louis, Missouri, Parnas began his musical studies at the age of five on the piano, switching to the cello at eight. He made his solo debut with the St Louis Symphony Orchestra at the age of 14 - the ensemble of which he would serve as principal cello following graduation from the Curtis Institute of Music in Philadelphia, where he studied with Piatigorsky from 1948 to 1953.

He performed with Pablo Casals, Rudolf Serkin, Jaime Laredo and the members of the Guarneri Quartet at the Marlboro Music Festival, becoming key musicians of the Vermont musical community in the 1960s. Parnas was a founding member of the Chamber Music Society of the Lincoln Center and performed as part of his trio with violinist James Buswell and Lee Luvisi.

Parnas collaborated often with conductor and violinist Alexander Schneider, appearing many times in the Schneider Concerts at The New School and in the Peoples’ Symphony Concerts series in New York. He was also a featured artist at the Casals Festival in Puerto Rico.

From 1973 to 1985 he served as the artistic director of the Kneisel Hall chamber music school and festival and was a juror for the International Tchaikovsky Competition in 1990 and 1995.

From 1962 until his retirement, Parnas served on the faculty of Boston University School of Music. He moved to a rehabilitation facility in Florida after retirement, where his health declined following a fall in July last year.