This year’s competition has deferred this year’s four categories to 2022. 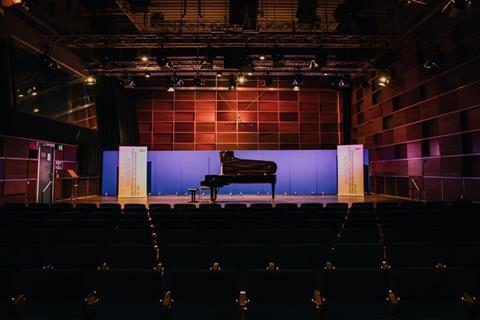 The ARD’s International Music Competition - the last international classical music contest in Germany - which was scheduled from 31 August to 18 September 2020, will not take place. The organizers behind the Munich-based competition have decided to defer the categories Flute, Trombone, String Quartet and Piano to 2022. Accordingly, the ARD Prizewinners’ Festival has also been cancelled.

As an alternative, prizewinners from previous years will give a studio concert without an audience at Bavarian Radio on Monday 25 May 2020, which will be transmitted live by the broadcaster on the BR-KLASSIK radio station and videostreamed on www.br-klassik.de/concert from 8.05 pm.

The management team behind the competition is also planning three concerts in mid-September, when former prizewinners will – if circumstances allow – make music with the Bavarian Radio Symphony Orchestra, the Munich Radio Orchestra and the Munich Chamber Orchestra. The plan is to broadcast these concerts live too.

Musicians who were to participate in this year’s competition may re-apply, even if they exceed the age limit for 2020.

The competition’s artistic management explained: ‘It is now clear that the worldwide Covid-19 pandemic makes it impossible to carry out a sensible, and above all fair competition in the usual manner. Despite extending the application deadline twice already, we have accepted that we cannot stage the competition this year. At this stage in time, it is impossible to gauge whether, at the end of August, the candidates and jury members would be able to travel – and in view of the very nature of this international competition, with competitors from many countries on four continents, this is an absolute prerequisite. When it comes to the organization of this event, the world’s largest classical music competition in 21 alternating categories, there are just too many imponderables.’