The value of good tools: Instruments of the Emerson Quartet 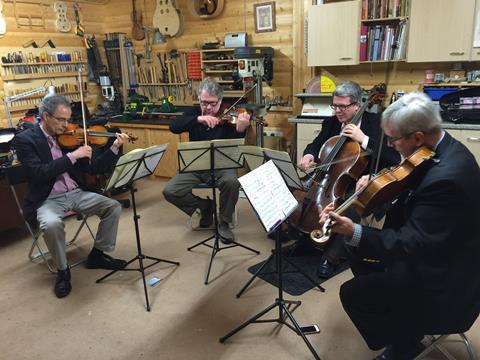 The following is an extract from the November 2022 cover story ’The Emerson Quartet: We Journey Together’

During our interviews conducted over the summer of 2022, the Emerson players spent a good amount of time discussing their instruments. Finely crafted tools serve as crucial links between the fingers and minds of the players and the thoughts of generations of composers. One comment – or variations of it – came up more than once: ‘When Stradivari made his instruments, they were new.

’I fell in love with this cello. It sounds Italian with incredible character’ - Paul Watkins

Conventional wisdom says that older is better, which is not untrue, given that stringed instruments sound better after being played multiple times. Older instruments can have the edge – often of hundreds of years – on more modern ones. But that idea may delicately sidestep progress, given the application of scientific knowledge and the subsequent emergence of modern luthiers who have not only studied some of the past masters but have learnt from their techniques and improved on them. Imagine if Stradivari had had the access to digital technology and other advantages now taken for granted.

Among the ensemble’s preferred luthiers, one figure stands tall: Samuel Zygmuntowicz in Brooklyn, New York. Setzer has owned two of the luthier’s violins. The first was a 1999 copy of the 1715 ‘Pierre Rode’ Stradivari (the original owned by his teacher, Oscar Shumsky), which he used for about a decade. Zygmuntowicz was pleased with the sound but later said, ‘I’d like to do better for you.’ Unprompted, he made a new violin for Philip Setzer’s 60th birthday in 2011, inspired by another Strad, the 1714 ‘Leonora Jackson’. Setzer was under no obligation to keep it, but has played it ever since. He comments on its ability to reproduce soft volume levels, and adds, ‘It has a kind of Cremonese edge – the good edge that you hear in some of the great voices, like Pavarotti. It’s just beautiful, and has become more so as it’s opened up, especially the E string.’ He muses, ‘You wonder what Sam’s instruments will sound like in a few hundred years.’ 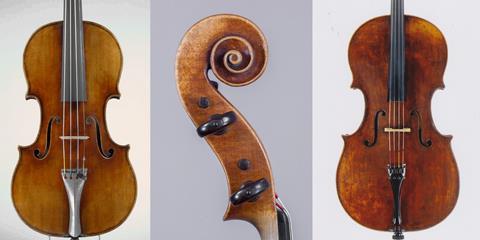 Lawrence Dutton recalls his first viola, a modern instrument c.1970 by Otto Erdesz (1917–2000) which was owned by Samuel Rhodes (then a member of the Juilliard Quartet) – ‘I was his teaching assistant at Juilliard from September 1977 to May 1978’. He also had an older Italian instrument that served him into the early 1980s. But then in 1985 he had the opportunity to buy a 1796 model by Pietro Giovanni Mantegazza, which he used for many of the group’s recordings for more than two decades. In the early 2000s, however, at the time when the quartet recorded the Mendelssohn Octet, doubling itself in the studio (bit.ly/3Ll2Rjd), Dutton’s colleagues all had Zygmuntowicz models, as well as older Italian instruments themselves. After some testing, the group decided that eight different instruments would have a more desirable sound, so Dutton asked Zygmuntowicz to make him a new viola to match the others.

Dutton fell in love with his new (2003) instrument, a copy of the Mantegazza (which he sold in 2011). ‘It’s one of the best violas ever made, and I feel very fortunate.’ Eugene Drucker comments on his early Stradivari, from 1686: ‘When in an optimal adjustment, it has a lovely voice that allows me to mould phrases smoothly and change tone colour according to the shape of the melodies and the pull of the underlying harmonic progressions. Over the years I’ve tried to build up its power through a couple of bass-bar changes, intermittent soundpost adjustments and an evolving choice of different combinations of strings.’ But he also has another violin, made in 2015 by Ryan L. Soltis (who studied with Zygmuntowicz), and has also owned several Zygmuntowicz models. Drucker summarises all as ‘remarkable for their robust projection and reliable response’, and also concurs with Setzer and Dutton on the tonal properties of their instruments.

As the quartet’s low-timbre anchor, the cello is described by Paul Watkins as ‘the trunk of the tree’, and his c.1730 instrument uses a panorama of Italian components. The front and the ribs are by Domenico Montagnana, the back is by Matteo Gofriller and the scroll is by Santo Serafin – ‘three great Venetian makers’ – and has been certified by Peter Beare and Charles Biddulph. When I ask about the Frankenstein-esque assemblage, he recalls acquiring the cello in London in 2008 and, after some soul-searching, wondering whether or not he could afford it.

‘I fell in love with this cello, this composite. It sounds Italian, with incredible character. We signed off on a loan about a week before the markets crashed, so we got in by the skin of our teeth.’ Commenting on its dark tonal beauty, he also uses a vocal analogy, comparing it to a baritone, and noting how well it meshes with the timbre of Dutton’s Zygmuntowicz viola: ‘It sings across the register and is very easy to play, with a nuttiness that’s great in a quartet – the C and G strings, especially.’ 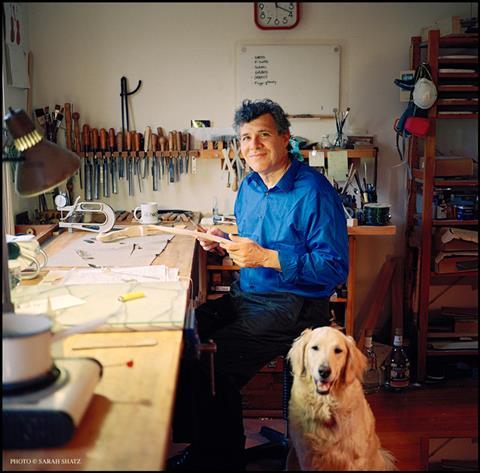 His other cello is from the 1980s, made by his father, who created instruments as a hobby after studying at the Welsh School of Violin Making near Cardiff. Watkins used it for the Elgar Concerto when he made his BBC Proms debut in 1993.

Watkins adds that his bow is an Émile Auguste Ouchard from the 1920s, a French stick made in New York, and mentions a wooden mute – ‘it might be rosewood or something’ – that gives a smoky sound.

Many listeners are probably unaware of this hyperfocus on instruments, and might never be aware of the intensity of discussion that occurs at this level of artistry. But one of the big reasons why so many of the group’s recordings have been so universally lauded is this devoted attention to the instruments themselves, and how these miracles of wood, glue and wire work together.