In focus: an 1868 Amati copy by Jean-Baptiste Vuillaume 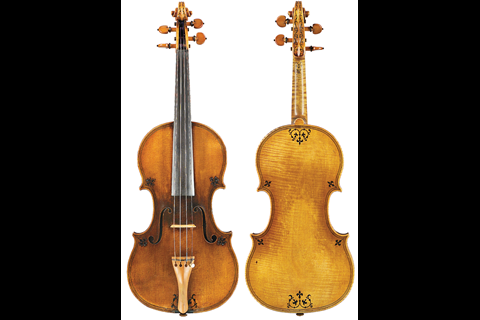 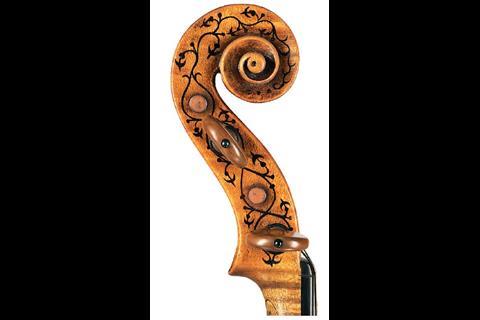 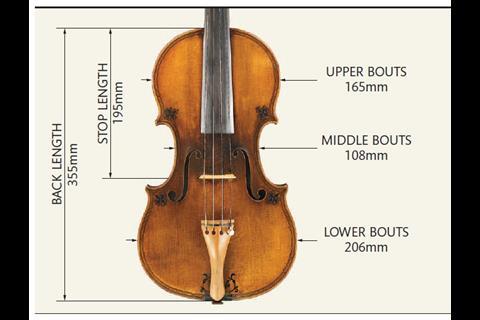 Jean-Baptiste Vuillaume was just 19 years old when he arrived in Paris from his native town of Mirecourt. Trained in violin making by his father, he began an association with Nicolas- Antoine Lété and François Chanot before establishing his own workshop in 1825. He would eventually become the most successful maker and dealer of the 19th century, famous not only for his bench copies of Italian violin masterpieces, but also for employing and nurturing most of the finest French bow makers of the time.

The year 1854 was a pivotal one for Vuillaume. Besides his monumental purchase of Luigi Tarisio’s entire collection, he acquired a fine 1656 violin by Nicolò Amati, inlaid with gemstones and floral ebony designs, in a London sale. For a violin maker developing a reputation for creating faithful copies of Stradivari and ‘del Gesù’ instruments, the inlaid Amati must have presented itself as a challenging study in unsurpassed elegance and technical mastery.

Inlaid instruments of the Amati, Guarneri, Stradivari and later the Gagliano families were considered the tour de force of the carver’s art, and Vuillaume produced perhaps six or eight copies of the Amati – his only inlaid instruments. Vuillaume sold the Amati to Prince Nicholas Youssoupoff of Russia, a student of Henri Vieuxtemps, and the violin was christened with the Prince’s name.

This violin, one of Vuillaume’s Amati copies from 1868, is numbered 2711 and is autographed on the inside back with the maker’s usual flourish. The one-piece back is cut on the semi-slab or bias, and shows rings of grain as well as a fine curl that varies in intensity. The arching is low and full to the bold, rounded edge. The concentric purfling lines of ebony and poplar follow the outline faithfully and flow into the centres of the elegant long corners.

The ribs are of quarter-sawn maple with a somewhat stronger curl, and the violin retains its original inlaid neck and button of full proportion. The top is made of spruce of the highest quality with a straight, well-defined grain that broadens at the flanks.

The scroll pays homage to those of the Amati family: precise in its round cut, while still showing an animated quality. The last comma at the eye reveals Vuillaume’s preference for Stradivari’s signature style: the cut stops strongly at eleven o’clock, rather than following the original, which turns slightly further around at the end.

The intarsia, or inlay, was created with very precise knife- and chisel-cut designs in the raw wood, filled with mastic or paste made with powdered ebony. The fleur-delis and vine decorations survive in remarkable condition, and the whole instrument is wonderfully conserved, covered by a very thin layer of goldenbrown varnish, showing the original surface texture.

David Bonsey is a violin maker, restorer and appraiser based in New York. davidbonseyfineviolins.com