Jennifer Pike on getting to the heart of The Lark Ascending 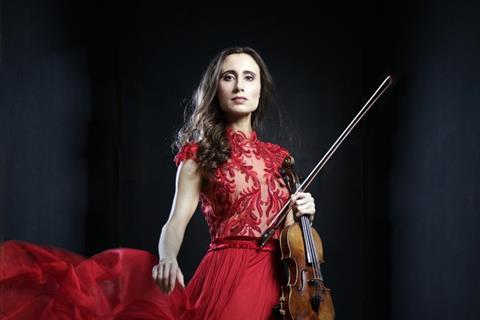 A very special experience I had recently was to visit the British Library to see the surviving manuscript of The Lark Ascending. As the piece seems to flow so naturally and seamlessly from the first note to the last I had always thought the compositional process must have been effortless for Vaughan Williams. Looking at the handwriting, countless revisions and crossings-out paints a very different picture however and for me this was a real revelation.

I realised how much it mattered to him to get every ornament, trill and turn of phrase absolutely right. While in performance it is vital to convey the freedom of the Lark within the cadenzas and let yourself be taken over by the improvisatory nature of the writing, it is important to respect the score and bear in mind the care that has been taken over every aspect of the work’s creation. Only through a total immersion into the detail of every nuance through to a wider bird’s-eye view of the phrase structure and the entire musical journey can you then let yourself feel totally free on stage and play it as if for the very first time.

It is easy for string players to forget to let the music breathe and work out where the phrases begin and end – while singers and wind players are forced to make a choice, for the obvious reason that they need to find suitable places to breathe. A paragraph without any punctuation won’t make sense, and it is helpful to approach the notes in a piece of music in a similar way. I find this is especially important in the cadenzas of Lark Ascending.

The greatest interpretations are often the simplest. When it comes to crafting your own ideas as a performer it’s liberating to realise that trusting the score is often the best way, and this is a rarer approach then you might think. While it’s wonderful to make a piece like the Lark Ascending your own, it can be tempting to impose your own personality too strongly because of the freedom that is seemingly given to you. Letting the music speak for itself is a beautiful thing – something Yehudi Menhuhin talked about:

‘These days there is a tendency for sections of the art world to seek exaggerated effects. Instead of letting music speak with its natural voice, some performers force music to carry the burden of their own desire to excel, to make a big impression, to outdo their neighbour.

‘The music then becomes more than itself, and at the same time less than itself. If music is allowed to flow from within itself, what it expresses is sufficient and completely convincing.’
(From Conversations with Menuhin by Robin Daniels)

A quintessentially British work this may be, but for Vaughan Williams to find his unique musical voice European inspiration was very important. Having studied with Ravel in Paris and Bruch in Berlin these influences may be heard in the harmony, orchestration and the use of a wide range of violin colours.

An interesting marking in the very opening bars for the violin is ‘sur la touche’ (to be bowed over the fingerboard). A very hushed, flute-like sound can be achieved by the bow in this area of the instrument, and it can be exciting to experiment with finding different tone colours by varying the speed and pressure of the bow. This marking is largely ignored and we are used to hearing quite a solid sound in the opening. It is still necessary to be adaptable to different halls however and remain aware of the need to project the sound to the back of the hall.

The wonderful thing about this work is that it is just as powerful l in its different versions. It was originally composed for violin and piano around the time of the outbreak of the first world war. Six years later, Vaughan Williams orchestrated it, including an arrangement for a reduced number of wind players.

The original offers a more intimate journey with bell-like colours emanating from the depths of the piano, feeling a world away from the epic, sweeping sostenuto of the orchestral version which is now loved by audiences across the globe.

Whichever version you are performing, having an awareness of both sound-worlds helps to gain a sense of the way in which The Lark Ascending poignantly portrays an image of rural tranquillity both through pre-war and post-war eyes.

Jennifer Pike performs The Lark Ascending and other works  with the Czech National Symphony Orchestra at Cadogan Hall, London, on 4 December https://bit.ly/2BrtwZv