Cecilia Bernardini was asked by staff to remove the instrument from its case, which was then checked into the hold 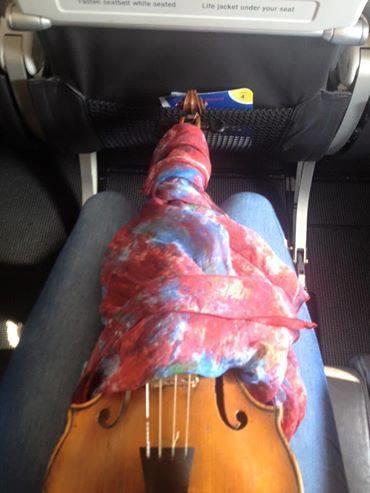 Dutch–Italian violinist Cecilia Bernardini was forced to remove her 18th-century instrument from its case and carry it on her lap on a recent British Airways flight when staff refused to allow the case in the cabin. Instead her case, containing three valuable bows, was checked into the hold.

The musician, who leads the Dunedin Consort and is a member of the Serafino String Trio, was travelling from Amsterdam to London for a recital at the Wigmore Hall on 4 June.

In response to the incident, London-based violinist Paula Muldoon has launched a petition on change.org, requesting that BA change its instrument policy ‘on behalf of the musical community of Europe’.

‘This is unacceptable behaviour by the BA staff; while of course we musicians understand the many stresses associated with working at an airport desk, we believe that BA needs to understand that the instruments we carry around are not just the tools of our trade but also priceless works of art.

‘Currently, easyJet has a very clear policy that allows musical instruments including violins and violas, which are somewhat longer (although generally slimmer) than the usual carry-on luggage size, to be carried on. I call on BA to institute a similar policy to clearly allow musical instruments to be carried on as hand luggage - otherwise musicians will be forced to go to other carriers which allow us to carry our instruments.

'Your current policy allows far too much leniency for staff to insist on checking violins/cases into the hold, even when (as was the case with Cecilia) there is plenty of space in the overhead lockers.’ 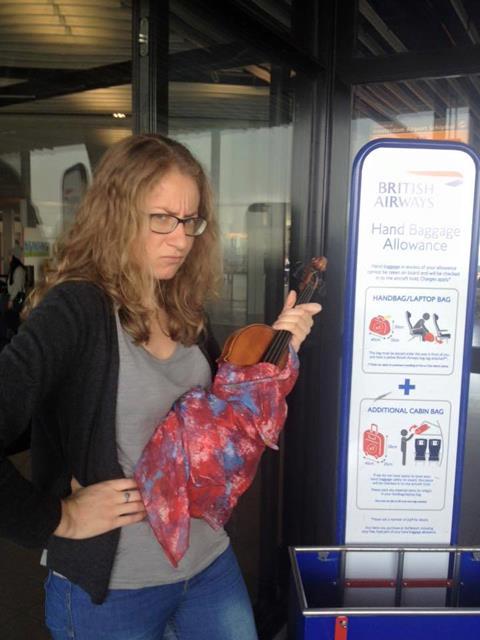