Violinist Aaron Rosand on how to succeed in competitions and auditions 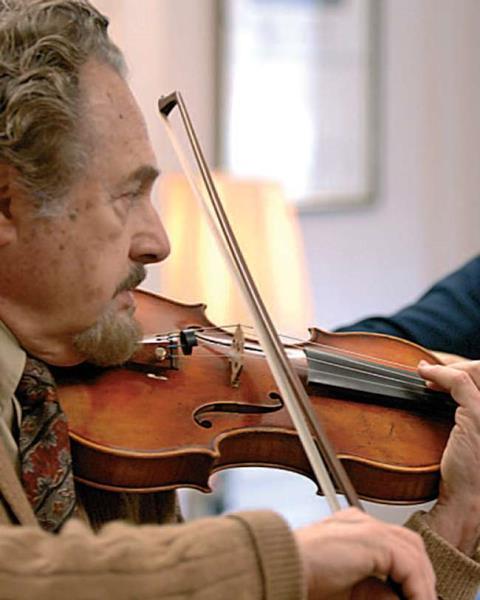 Trends and playing manners have changed in recent years. From what I have observed in auditions and competitions, the successful candidates are those that perform with careful attention to literal accuracy, rhythmic control, and good intonation.

What is literal accuracy?

Simply defined, it means paying close attention to the composer’s notations, including tempo markings, dynamics, dots, etc: in other words, the black and white of the score. New editions of Mozart and Beethoven works are currently available that are close to the original manuscript to give you a sense of the composers’ intentions. This is an integral issue to many judges in competitions.

Rhythmic control has many facets: giving every note full value; an inner sense of tempo; an ability to maintain constancy; pacing when needed and an instinctive return to a tempo; not panicking and maintaining control in rapid passage work; firm discipline in treating quavers, semiquavers and demisemiquavers etc; giving your playing a sense of urgency in keeping with momentum in slow or fast phrases.

Intonation is a key issue and must be treated with careful practice. Fingerings play an important role in deciding on how to negotiate a lyric phrase or a fast passage. Choose wisely to best express the music and to assure that the intonation will be as accurate as possible under strenuous conditions.

Remember to practice for 200 per cent as 100 per cent may be lost due to nerves in performance. The greatest artists were all nervous before performances because they wanted to do their best for the public. I remember a chat with Zino Francescatti when he told me that he lost a pint of blood for every concert. In 1947, I sat on a stage seat for a recital in Philadelphia by Jascha Heifetz. I was no more than 15 to 20 feet from the piano.  When he walked out on stage and stood by the piano to tune I could see his pants quivering. He remained stark still for what seemed like an eternity to regain his composure. As soon as he began to play he was in complete control and a complete master. This can only come about from extraordinarily methodical disciplined exercise in practice sessions.

When practising you must take into account that which can go wrong as well as what can go right. Concentration and experimentation is what practice is all about. Try many different ways to solve problems with bowing as well as fingerings and stay focused on your objectives.

Over the years I have sat on many juries for international competitions, as well as audition panels. There were numerous occasions where I had bitter arguments with respected judges after remarks such as, ‘That’s not how Beethoven should be played’ or ‘That’s not Bach!’ My response was, ‘If you know the right way let me in on the secret formula we can do away with individuality and give it to a robot.’ It is so presumptuous on the part of many judges to think there is a right or wrong way to interpret music. This narrow minded attitude has seen many gifted young players eliminated in early competition rounds. Individuality and style have taken a back seat to a concept of the correct manner of playing. If this attitude had existed in the past we never would have had artists such as Joseph Szigeti, Pablo Casals, Nathan Milstein, or Wanda Landowska who all performed Bach differently and beautifully with personal interpretations and style.

There are trends to be sure that modify playing styles of various composers. We are looking more closely now upon the manuscripts of Mozart, Beethoven and Bach and adhering to the score. Here is where there are marked differences of opinion on how to approach the score and the extent of authenticity. In the case of Mozart, as he was a violinist in his youth, his bowing notations are valid and playable, but he did not compose his violin works with a violin in hand.  Much can be done to improve playability and to bring life to the music with tasteful bowing changes. But there are many in the purest camp who have no tolerance for such alterations.

Beethoven and Bach are other examples of this division of opinion amongst esteemed musicians when judging in competitions. The greatest of composers were not violinists, but they compose some of the greatest works in the violin repertoire. The Bach manuscripts are readily available and there are so many of the solo sonatas and partitas. This is required repertoire in every audition and competition and still remains controversial. One point of view is that all bowing in the manuscript by J.S. Bach (or his wife who presumably copied it) must be played as written: this, in the eyes of some, makes you a better musician. But there are, thank heavens, others who take a more lenient approach to performances given with taste and respect for the composer’s intentions, which do not necessarily adhere to every notation.

In Beethoven’s scores there are many impracticalities in bowing notation, as he composed on a grand scale with disregard for technical problems. To make his sonatas and concertos come to life, careful bowing judgment must be made in order to negotiate his meticulous markings of dots, forte pianos, subitos, dynamics and lyric signs.  Remember that Beethoven was a pianist, and a great one at that, with limited knowledge of violin technique. Subtle changes can be made with reverence to the score that preserve musicality and taste. Once again, use good judgment and make sure that you observe every marking, as Beethoven knew precisely what he wanted.

Every composer requires a different type of vibrato. Varying your vibrato may be the key to your success. Learn how to control your vibrato speed and how to use a wider or narrower vibrato depending on the character of the music. A fast, narrow vibrato is undesirable and not appropriate for classic composers. Work towards developing an even vibrato that remains constant in a phrase. Avoid the stop and go variety from note to note and every bow change. Once the hand is in motion it does not stop until there is rapid passage work. Try to achieve a classic sound and avoid the hyper-excessive tone that becomes cloying. Also, remember that Bach requires minimal vibrato and fugues practically none at all.