How to prepare for a competition: Andrea Burger, Tokyo International Viola Competition 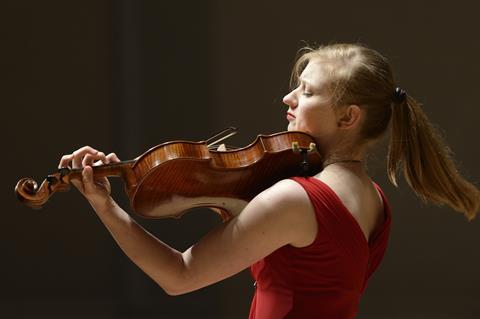 The reason I enter competitions in general is to set myself a goal. I was at the Tokyo Competition in 2012, while I was studying with Nobuko Imai, because she realised I needed to have a goal to work towards and a deadline so that I could focus my energies. At that time I hadn’t found my own individual voice, and I knew that aiming for a set goal was the best way to do that.

In 2012 I didn’t progress to the final. Three years on, I wanted to show myself that I really had improved.From the moment I saw the list of repertoire on the competition website, I started to plan my year. If I had concerts coming up where the repertoire wasn’t yet finalised, I suggested some of the competition pieces, so I could focus as much of my practice time on them as possible. There were some works I hadn’t played before, which of course makes a difference; I prefer to get them under my fingers first, and then work on the interpretation. Scales, etudes and exercises remained as much a part of my practice regimen as ever: fingers need repetition and I’d be short-changing myself if I started neglecting them.

If anything, I put more hours in towards the end, but I practise hard anyway – I don’t think there was much difference in my practice schedule time-wise.I tried lots of different bowings and fingerings while I was practising. We can’t always repeat exactly what we’ve been learning, and if my focus isn’t 100 per cent on the night I might put a finger in a different place, and then I’d have to react to that. Or I might have to change fingerings if I slightly hurt my finger before the competition. I’m not really competitive – I just compete against myself.

During my preparation time I recorded my practice sessions and listened back to them, making notes on the things I felt I could do better. As I improved I think I became harder on myself, and more critical. The next step was to perform in front of people – I had ten run-throughs of the entire repertoire as close to the competition as possible. Some of them even asked me, ‘Why ten? Why not three or four?’ I explained that there were many ways for me to get distracted while playing, and I had to be able to anticipate them so I wouldn’t be thrown if they happened on the night. As it happened, one of the audience members knew the repertoire very well and could ask me very detailed questions about why I was playing a certain passage in a certain way. If I didn’t have an answer, I knew I had to work on it!

By the time I was on the plane to Tokyo, I already felt like a winner because I’d achieved my goal. And in the final, right before I played Mozart’s Sinfonia concertante, there was no feeling of nerves – I just felt well prepared, excited to be playing with the orchestra behind me, and lucky to be a musician.