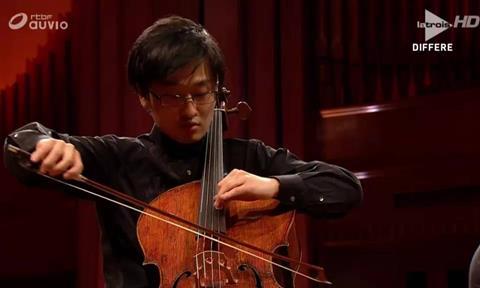 Japanese cellist Yuya Okamoto performs Dvorák's Second Cello Concerto with the Brussels Philharmonic conducted by Stéphane Denève in the final of the 2017 Queen Elisabeth Cello Competition - for which he won second prize.

The 22-year-old former prize winner of the Competition of Japan and Witold Lutoslawski International Competition was one of 12 cellists competing in this year's final, held at the Palais des Beaux-Arts in Brussels, for a top prize of €25,000.